Sheppey finishes the year off nicely

I went to Sheppey twice this bank holiday weekend. Firstly on the Sunday with my parents then on Monday with Phil Wallace.

The Sunday was a bit of a failure, after a couple of hours around the Swale NNR I failed to locate any Eurasian White-fronted Geese and was only rewarded with a single Bewick's Swan and a pair of Red-breasted Mergansers for my efforts along with an assortment of common shorebirds, a Little Egret and a Marsh Harrier here and there. There were also large numbers of Dark-bellied Brent Geese, Curlew and Golden Plover. A trip late in the day to Capel Fleet was spiced up by a single ringtail Hen Harrier which afforded good views as it flew in front of and by the car. There was little else there other than large numbers of Golden Plover. 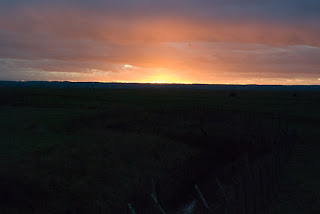 The Monday was a lot better. At Leysdown-on-Sea Phil and I enjoyed excellent views of Grey Plovers, Sanderlings and Turnstones on the beach as well as a handful of Redshanks. 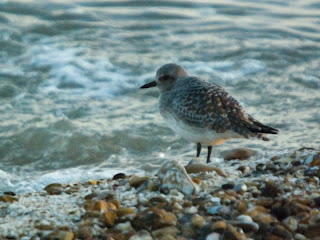 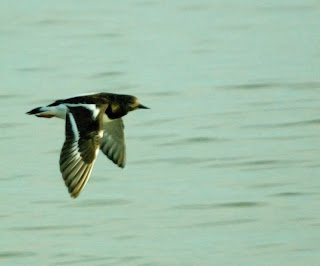 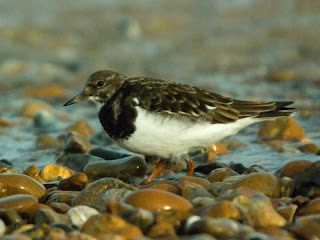 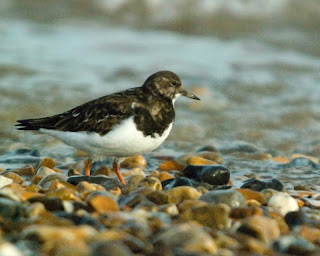 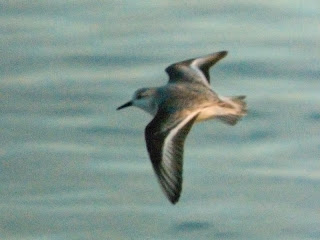 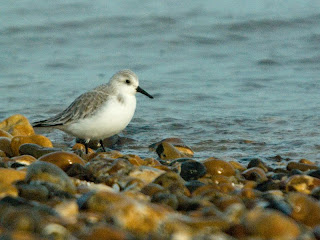 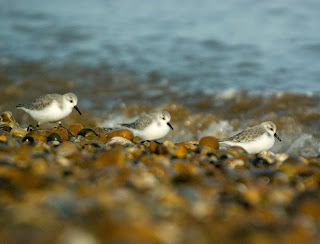 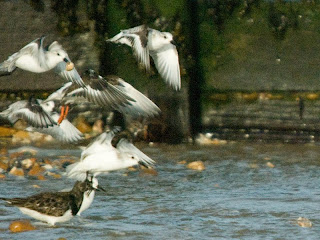 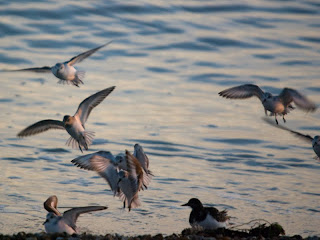 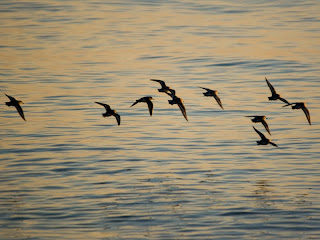 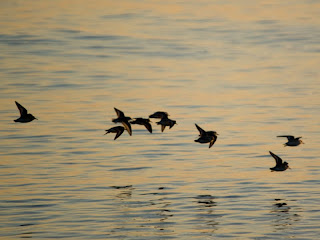 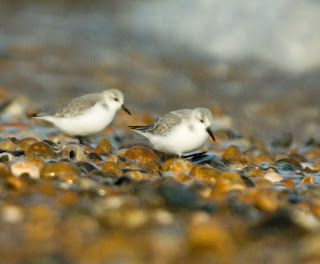 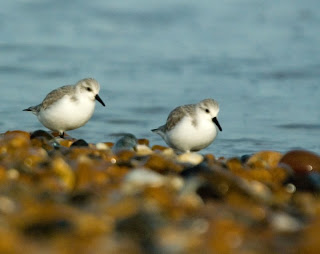 We moved on to see if the Eurasian White-fronted Geese were back near the Swale NNR. We immediately got onto good numbers of Dark-bellied Brents, Golden Plovers, Curlews, Lapwings etc. I got onto some small grey geese in the distance. The scope kept going in and out of focus because of the distance but they didn't have much grey in the wing and I was fairly confident that they were White-fronts. We drove further up and onto a high point where we scanned the area that the Geese went down and sure enough there were 54 Eurasian White-fronted Geese along with many Dark-bellied Brents and a handful of Greylags! It was great to finally get this species, it's been a major tart for me for ages, so much so that, ironically, it didn't seem like a lifer. This was my 263rd British bird and 243rd British bird this year (and, I'm sure, the last). 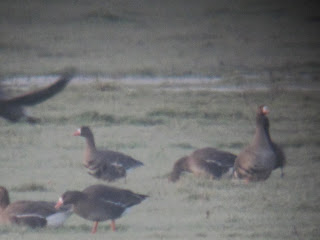 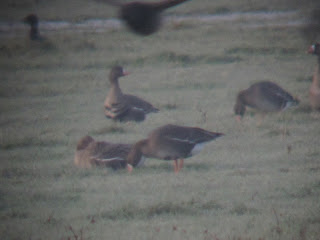 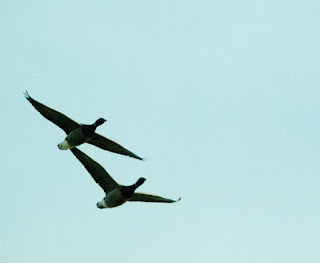 We went back to the seafront at Leysdown-on-Sea where we located c.5 Red-throated Divers, 2 Eiders and 3 Red-breasted Mergansers and enjoyed the shorebirds gathering in large numbers on the mud exposed by the ebbing tide.

There was very little else that the south east had to offer for us so we were stumped as to what to do next. In the end we plumped for a trip to Capel Fleet, for the outside chance of Short-eared Owl. Here we met Corinna Smart who was working hard on her new BTO tetrads on Sheppey which surprisingly no-one had snatched up before. 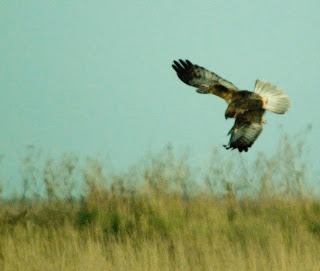 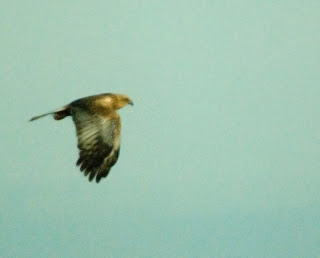 Here we enjoyed good views of a stunning male and 2 ringtail Hen Harriers as well as plenty of Marsh Harriers. 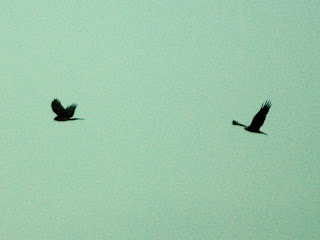 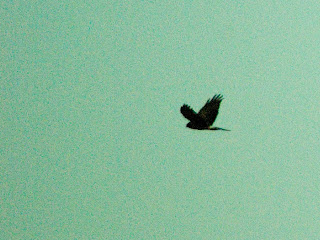 A glorious sight and sound was a flock of c.36 Bewick's Swans which flew east over the road! Their calls were magical. 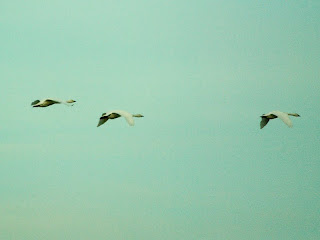 In the big flooded field there were 15 Ruff along with a handful of Dunlin and lots of Golden Plovers and Lapwings. 2 Green Sandpipers flushed from the ditches and a Little Egret was also present. In addition we enjoyed good views of a Peregrine having it's dinner and then harassing a Marsh Harrier and saw a Sparrowhawk perched up on the bank. Red-legged Partridges were calling and flying around. A single Kestrel added to the raptor list. 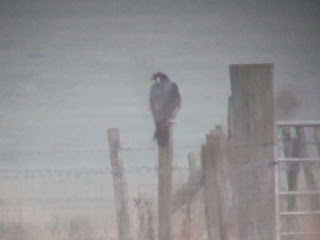 It was nice to see a Barn Owl hunting and as we were driving back home along Harty Ferry road it flew right by the car and perched up on a roadside post at dusk. 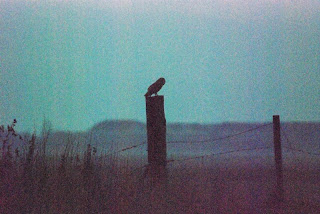 Barn Owl; a fitting end to the day