Just got back from another mega twitch to Scotland - this time with Gordon Kemp, Ashley Howe and Kevin Hale. I managed three lifers and there was a good selection of other birds. While waiting on Skye for the ferry to Lochmaddy we enjoyed a superb aerial display by a White-tailed Eagle and two Golden Eagles competing for the same airspace. Other birds from the quay and from the ferry included two Black Guillemots, three Great Northern Divers, a Red-throated Diver, three Rock Pipits and several Eiders and Shags but the sea was generally very quiet. Hooded Crows and Ravens were kicking about - still novelties for me.

The ferry wasn't a bad ride and served a decent enough breakfast - upon docking up we drove straight towards Balrandald RSPB - the hundreds of geese feeding by the side of the road were tempting to scan through but had to wait until we'd seen our main quarry! After crossing several fields and variously negotiating a series of fences we reached the beach where the bird had been seen that morning. No more than five minutes passed before the beautiful first-winter drake HARLEQUIN was picked up, and it was a fine duck indeed! It wasn't far offshore and a rocky protusion allowed closer views but you had to mind your step as it would have been just so easy to break an ankle... or your neck. The tide was beginning to slowly come in so we retreated and had further views from back on the beach, at which point the bird had landed itself on a rocky island. It tried to preen and rest but needed to go higher up as the waves kept sweeping it off its feet. We made the most of this rare and spectacular sight and also had views of a fine first-winter Glaucous Gull, 23 Purple Sandpipers and a Bar-tailed Godwit before walking back to the car. We located a flock of 150-200-ish finches which were a mix of Twites and Linnets. This attracted the attraction of a female Merlin which zipped through the flock in an attempt to pick one off but failed and flew low away. 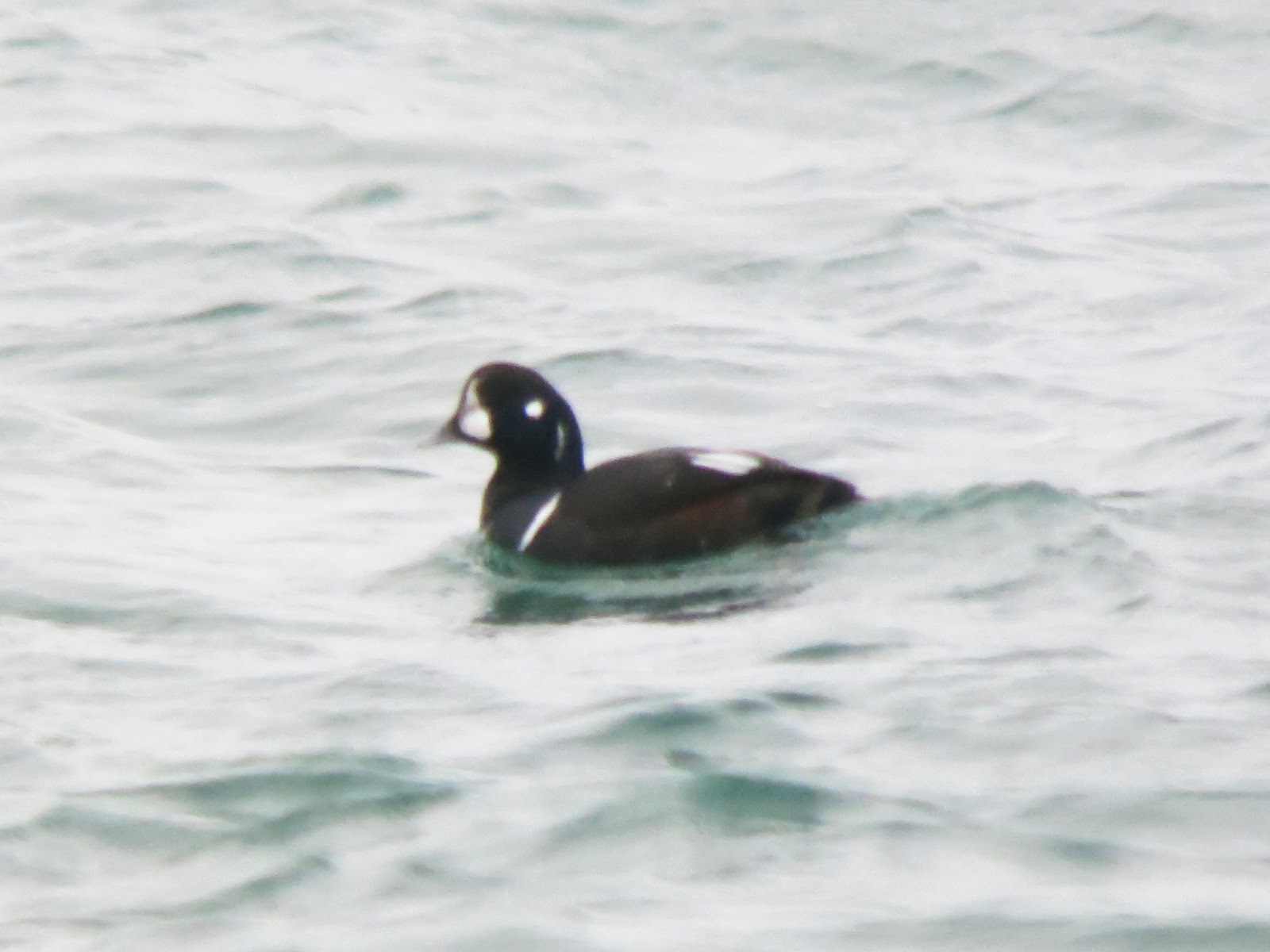 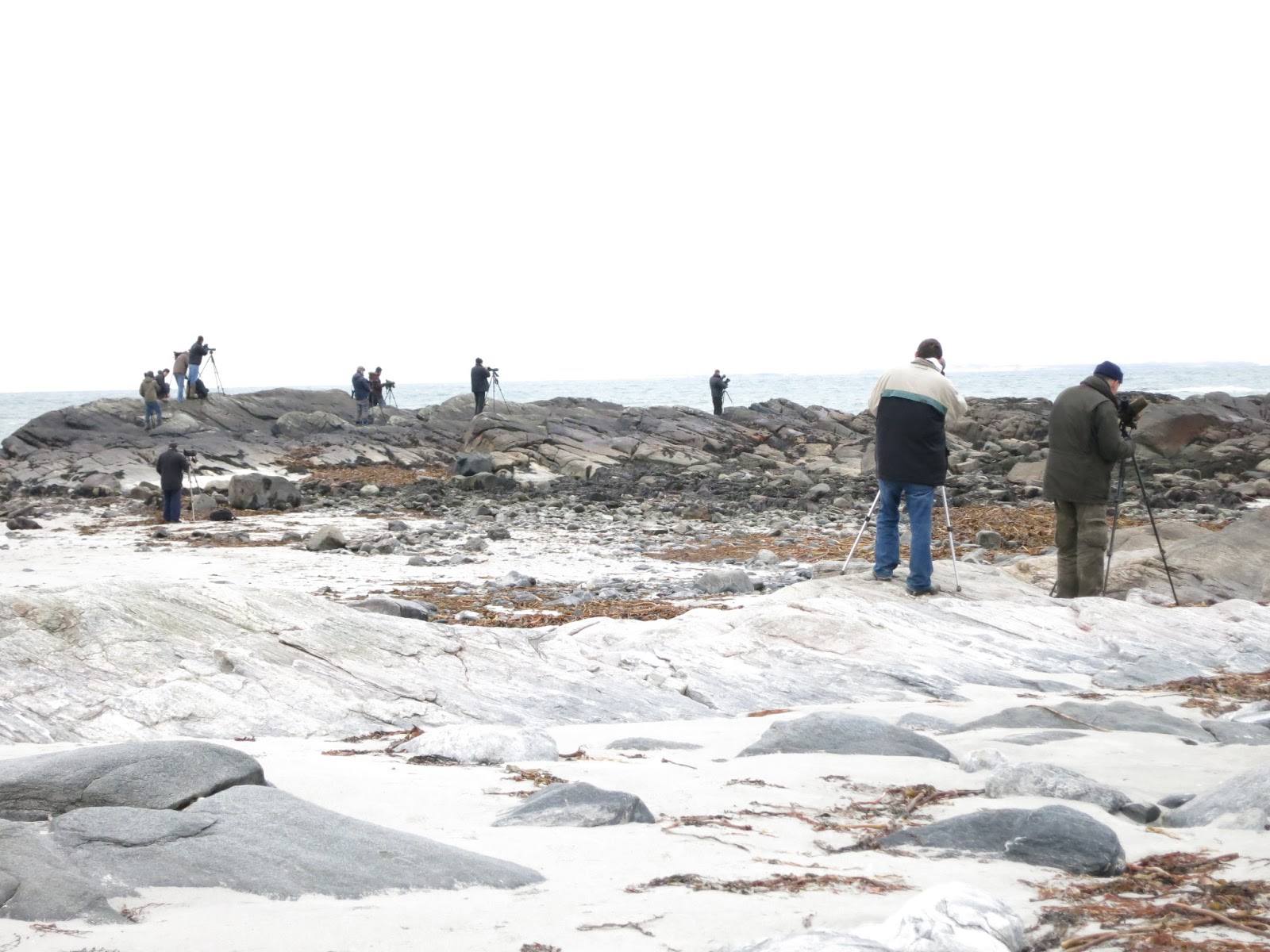 Our next target was the Richardson's Canada Goose. Lee Evans and his carload had left the Harlequin before us and had already pinpointed the said goose in with the Barnacle Geese so we parked up to scan the flock to our left and Kevin and Ash who were on the left side of the car clocked it straight away but the flock suddenly launched into the air just before Gordon and I could lay eyes on it - bugger! Eventually the flock re-settled, though more distantly and the RICHARDSON'S CANADA GOOSE evaded me no longer. A tiny goose, with a noticable white crescent just below the black of its neck. Just on the other side of the road, a female Ring-necked Duck and two Whooper Swans made for a couple of bonus species. A bit of a surprise (to say the least) was a drake Mandarin - apparently and very believably a Western Isles MEGA! Surely the closest this beautiful duck has perhaps ever been to its nearest competitor in terms of good looking wildfowl in/around Europe (the Harlequin)? 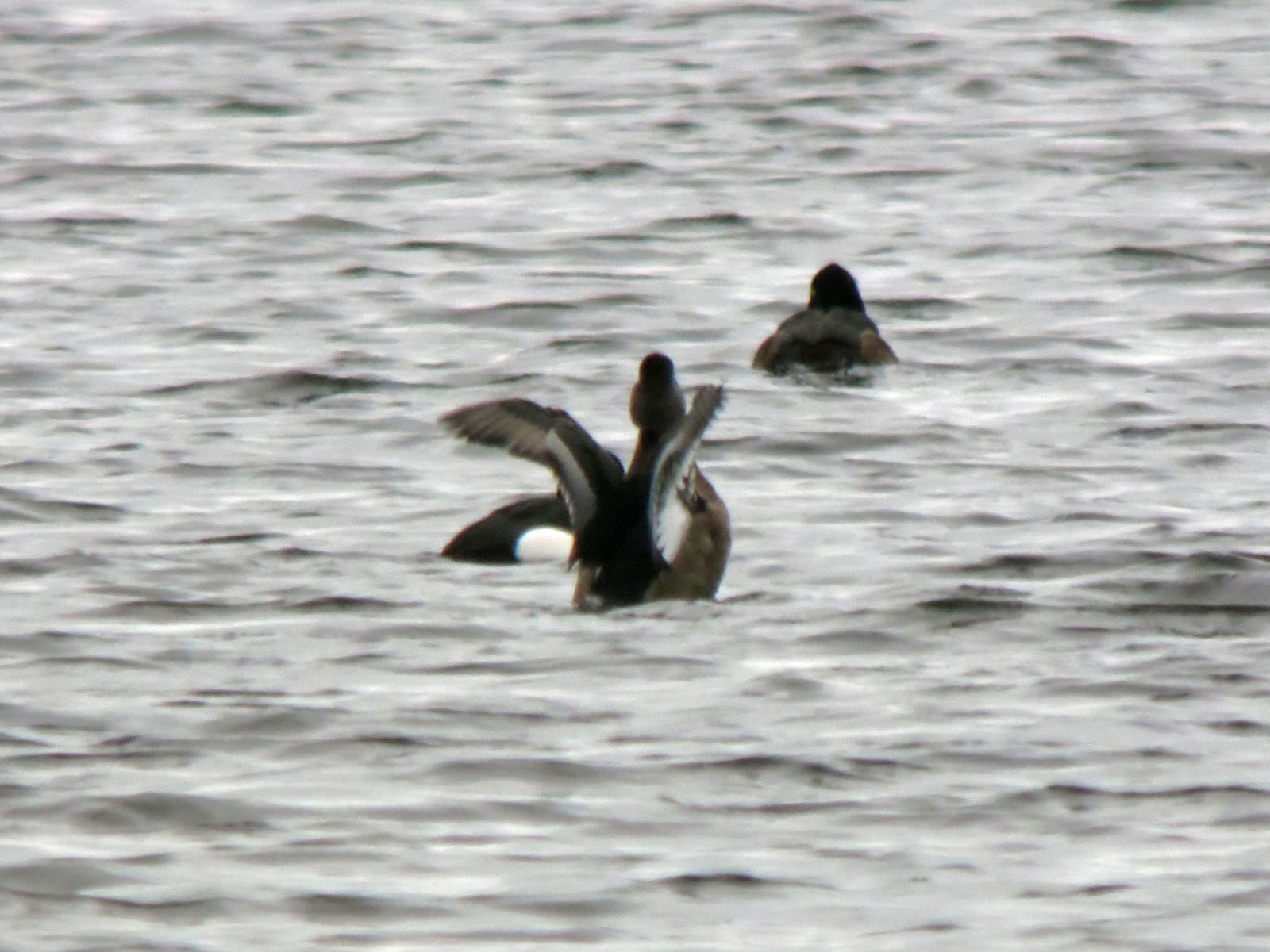 There was one more star bird left to go so we found our way to Loch Paible where the very flighty pair of Snow Geese were located by Ash - three out of three hoped-for lifers for me so I was truly satisfied. A carload of other young birders including Olly Metcalf and Andrew Kinghorn had found a specimen first-winter 'Kumlien's' Gull near the Harlequin site so in hope of seeing this and getting a final look at the main bird we returned to the original site. This went pear-shaped when my faulty eyepiece seemed to no longer be attached to my scope and we spent half an hour or so zig-zagging across a field, wondering where the hell it had gone, only for Gordon to spot it resting in the dangling eye-piece cover. Doh! A bit of a waste of time but never mind. Light was fading so we sought accomodation, the local youth hostel being what we plumped for. After a good night's sleep we were off for the early ferry back to Skye (where I trip-ticked Fulmar and Gannet) and we were skillfully driven back home by Gordon. Thanks very much Gordon, Kevin and Ash for a very worthwhile and enjoyable twitch. 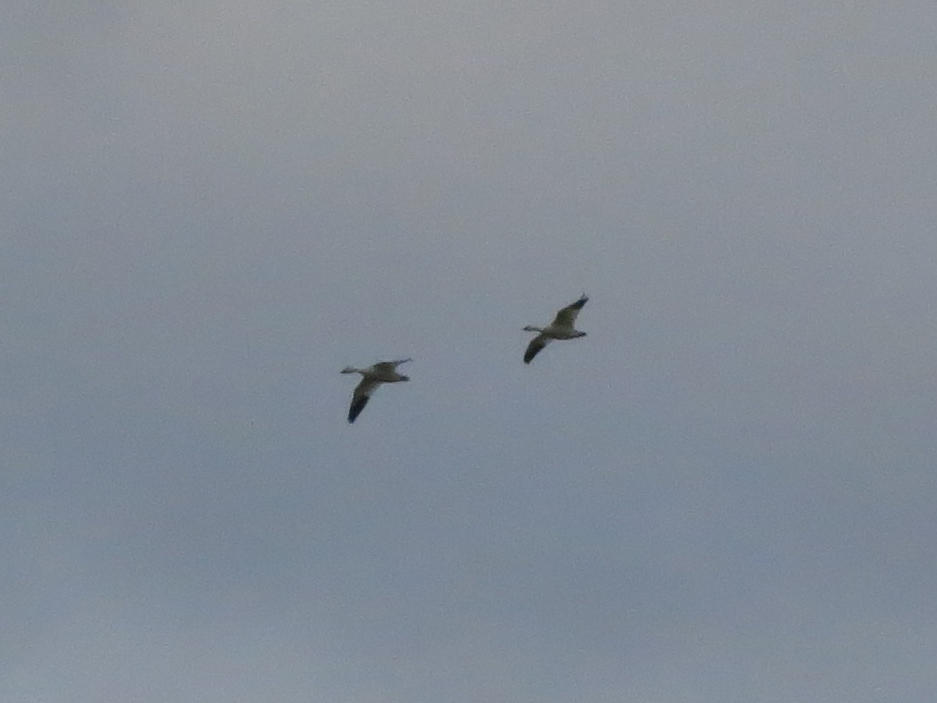