I went up with Liam Langley, Rob Stokes and John Benham early yesterday morning for this bird, discovered during the Big Garden Birdwatch, which was frequenting the suburbs of High Shincliffe, County Durham. We arrived to find that we had missed it by minutes, but patiently awaited its return to the fat balls and coconuts put out for it. It took about an hour and a half but the MYRTLE WARBLER announced its presence with a loud, hard call and showed for a minute or two in the trees near the feeders before deciding to fly off to nearby gardens. For the remainder of the morning the bird performed on and off around the estate, often quite high in a number of different trees and sometimes low in the scrub as it gorged on the offerings hanging out for it. In a poor winter for Waxwings, it was nice to be able to walk just around the corner to see three by the roadside. Early afternoon, and with negative news of the adult Ross's Gull in Lancashire, we thought it might be worth a punt on the apparent 'Central Asian' Lesser Whitethroat a relatively short drive away in Tynemouth which, luckily, performed during our short visit. 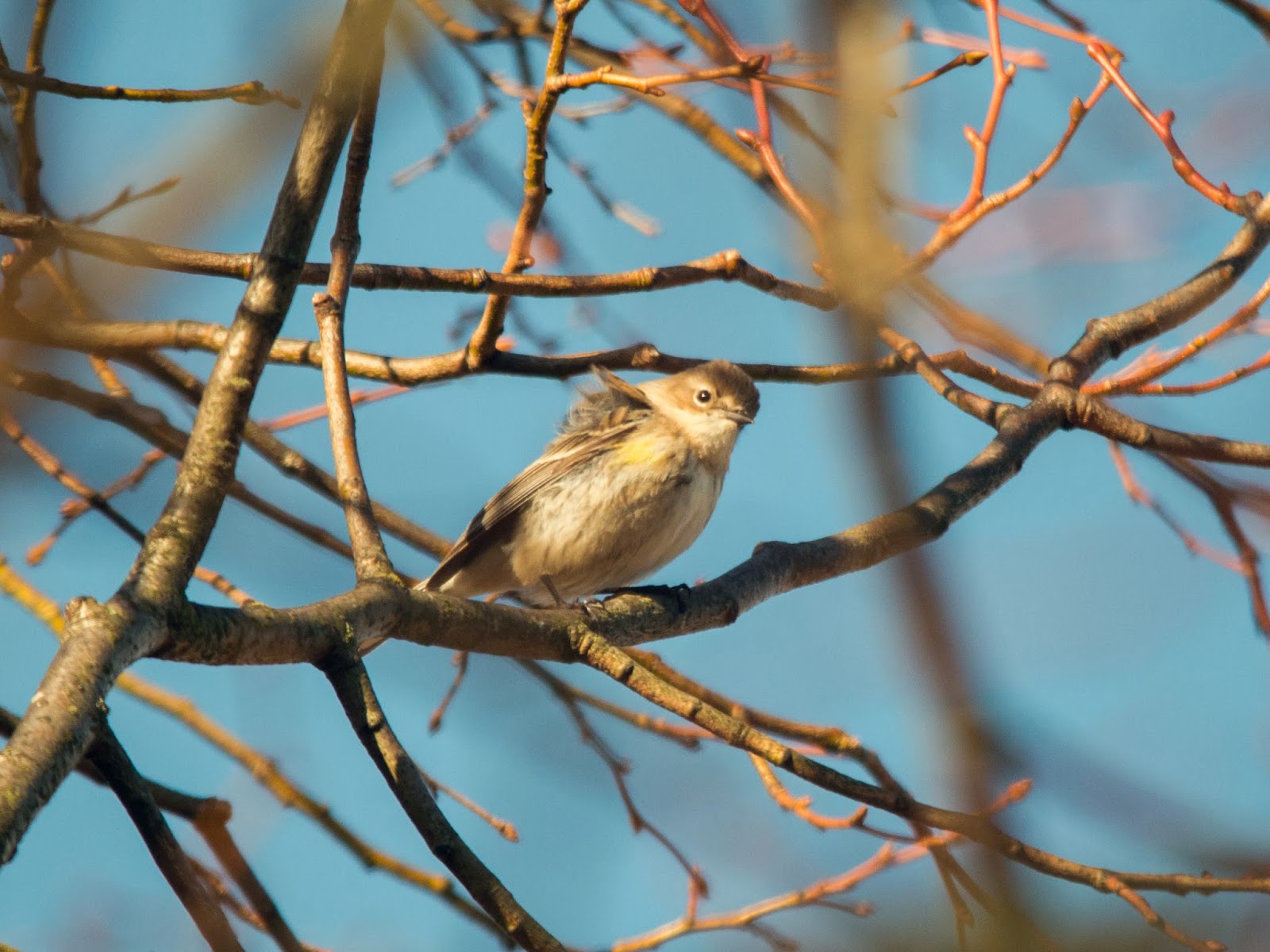