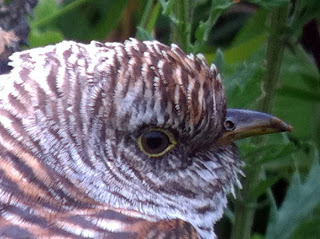 A trip to Farlington Marshes today lacked anything remarkably unusual but my first Northern Wheatear of the autumn was a nice surprise and it was interesting watching an immature male Peregrine take a Feral Pigeon while his sister waited nearby. 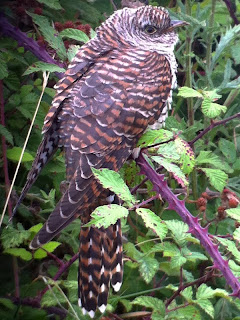 The undoubted highlight, however, was the splendid juvenile Cuckoo which gave the best views I've ever had of this species and I think it will really take something incredulously special to beat these views; the bird sat obligingly in a bush less than 10 metres away for as long as I was there and jumped down to catch something at one point where it sat with its wings fully open for a couple of minutes. 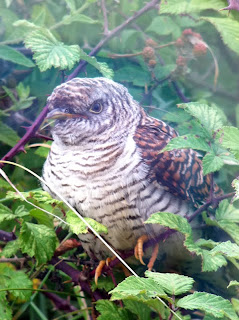