I had a very good day out with Phil Wallace in Kent on Sunday with a fantastic and long-awaited British tick and a very nice year tick.

The internary was carefully chosen; Bockhill Farm. We arrived at something like 0945 and already we could tell migration was in action with shed loads of Siskins and Goldfinches passing over head (the latter feeding on thistle etc in large flocks) and an overhead movement of Skylarks and Meadow Pipits. I attempted a seawatch but this didn't come up with any seabirds of note.

Then the news came through on the pager of a Wryneck at Hope Point, St.Margaret's at Cliffe. I had no idea how to get there but knew it couldn't be too far. After asking the tea-room staff we were soon directed to where to go and headed down there; after a cup of tea and a snack. It was a fairly short walk, interrupted by the Wryneck finder giving us directions to the bird and better still a Barred Warbler that he had found! 'Great!' we thought, in the least sarcastic way possible.

We joined a couple of well-known Kent birders and proceeded with checking the areas he described but before too long, we were rather comically being followed by between 10 and 20 birders and had got into a terrible state of confusion as to where each bird was meant to be! Despite perhaps 5 different stories, the two Kent birders walked through a huge clump of bushes and flushed something and I got onto it as the bird sat atop a small bush and called 'WRYNECK-there's the Wryneck!'- most people got onto it before it flew over to the footpath a few hundred metres ahead and we eventually got good views of it alongside 2 Meadow Pipits and a mole as it fed along the path! What a smashing bird!- following, to be frank, crap views of an elusive bird in France, I have since been very keen to get GOOD views in BRITIAN. British tick 251. 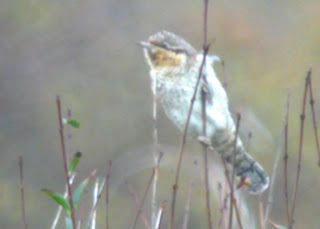 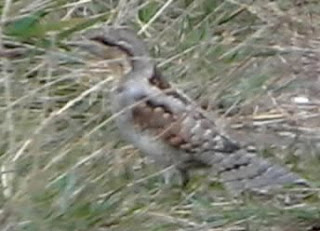 I spent the rest of the time coming up to 1:25pm trying without any luck to relocate the Barred Warbler (though I think I may have heard it call at one point). Phil and I headed back to the car; he wanted to look for Ring Ouzels at Samphire Hoe (I wanted to have a look at the Lydd Cattle Egret and maybe look for his Ring Ouzels in the trapping area . . .). On the way to the car we relocated the Dartford Warbler which the patch watchers were getting very excited about.

Samphire Hoe was a complete failure and waste of time, we quickly sussed it out and headed to Lydd.

At Lydd, we enjoyed good views of the adult CATTLE EGRET as it fed amongst a very noisy heard of cattle. Nice year tick and my first good views of one in this country. Also 1 Yellow Wagtail here. 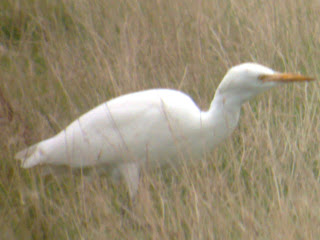 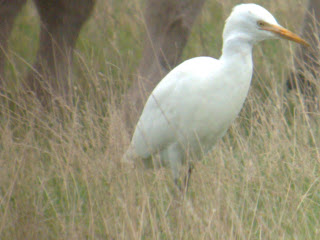 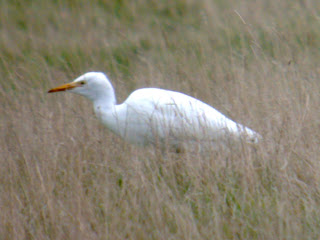 A very quick stop at the trapping area, which considering the conditions, we also concluded was a waste of time and we headed home, happy.