I did some (fairly) local birding with Phil Wallace today. Positive news on the pager of the Papercourt Black-throated Diver's continued presence coming up to 08:15 was encouraging and I was getting pretty excited about this showy Surrey mega.

We arrived at Papercourt GP's, a pleasant site, at about 09:40 after leaving at about 09:10. Teaming up with another birder, we walked the whole of the sailing pit where a handful of other birders that we bumped into it were having as little luck as we were. Failing on seeing the Diver, which was a huge disappointment, the only birds of any note were singles of Kingfisher, Egyptian Goose and Lesser Redpoll as well as large numbers of Great Crested Grebes and the odd Little Grebe here and there. An immature Cormorant flew over. We checked the small lake just south of the sailing pit but there was nothing other than Tufted Ducks, Shoveler, Pochard, Little Grebe and Mallard.

We chatted to some birders before we got into the car and headed over to Staines to have another look at the Shrike.

The path was an awful lot muddier than it was when I first went, probably due to being trampled by the boots of thousands of birders in the last two or so months! I now understand why Londonbirders keeps saying 'Wellies essential' in bold!

Just short of ten birders were present (with about ten encountered walking back on our way up) and we were soon on the BROWN SHRIKE. After a few minutes the bird showed really very well as it came to some of the closer bushes. Then, remarkably, it was feeding in the the reedmace on the river and perching atop stems, almost Penduline style! We also saw it feeding and hopping around on the ground! It then flew across the river and showed well in the bushes here. A birder walked past there and it didn't budge! The five of us left decided to give it a go to try and get closer views. I got within 30 or 40 metres and Phil walked up until he was about 20 metres away . . . then he took one step too far and it again fed in the reedmace patch before a noisy motorbiker roared straight past it, flushing it back over the river. We enjoyed views of it and pointed it out to a couple of newcomers for another half hour before heading back to the car and home. Also noted at Staines Moor: Water Pipit (heard), Cetti's Warbler (heard), 2 Little Egrets and 3 Egyptian Geese (a Cormorant flew over and a Rose-ringed Parakeet or two were at Hithermoor Road). Also large numbers of Fieldfares, Redwings, Linnets, Goldfinches, Greenfinches and Chaffinches were present as was a single Kestrel. 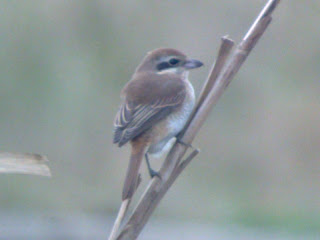 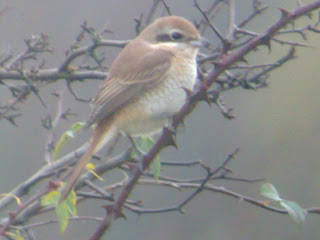 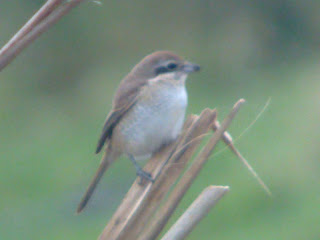 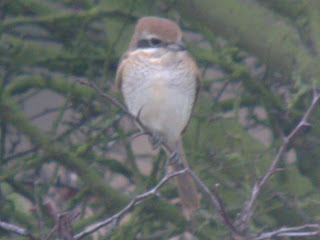 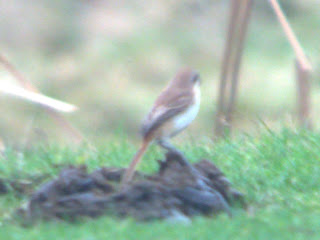 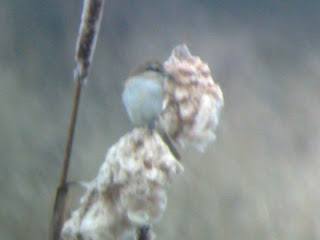 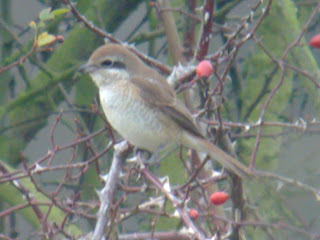 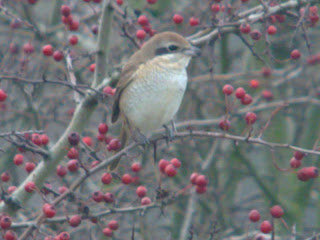 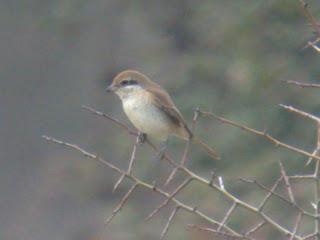