2010 started better than I expected, yesterday, I went up with Kev to Rainham Marshes RSPB first off.

It was a beautiful day, and high tide. Things were good. As we were walking along the seawall we came across the reserve warden Howard Vaughan and he instantly put us on the Bonxie (aka Great Skua) and we got distant views as it sat on the Thames, before it flew east (although we saw it back at the same spot on the walk back). This is an excellent bird for the LNHS area and it was even a tick for some high listing London birders. Also a potentially tricky year tick out the way. 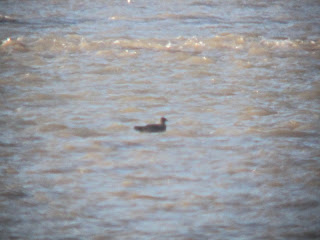 We walked up to the special viewing mound where we also instantly got onto a female/1st winter Serin, another useful year tick and my best views yet. I would have got a decent pic but unfortunately a twig was covering much of its front. At least one Rock Pipit was present on the foreshore of the Thames. 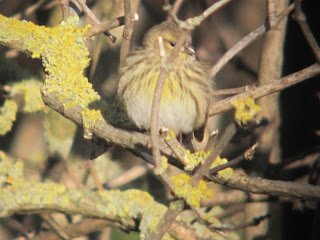 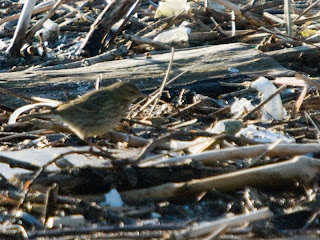 
A long overdue London tick came in the form of good numbers of Golden Plovers. 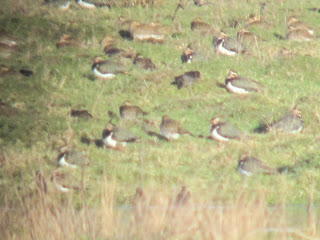 Having got the two main target species out of the way, we decided it was best to head up to Westcliffe-on-Sea to get Rossi the Ring-billed Gull and the Black-throated Diver, both seemed to be more or less guaranteed.

After a bit of scanning from the yacht club Kevin spotted the Black-throated Diver and we enjoyed fairly distant views, although all of the key features could be noted. Another tarty lifer out of the way. 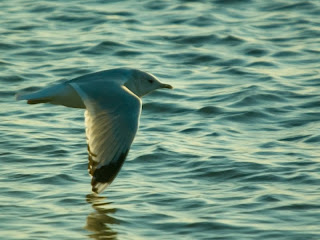 With Gulls scattered all along the sea front we didn't know where to start with scanning for our quarry but thankfully it was perched up on a post right in front of us! The Ring-billed Gull showed well, I got my best views of it yet, and Rossi is a very fine specimen. 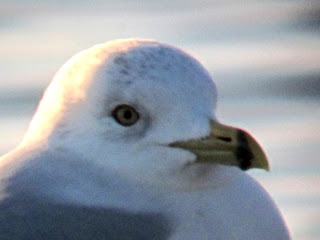 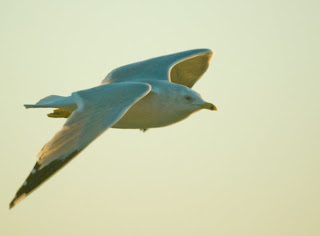 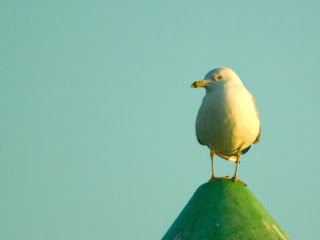 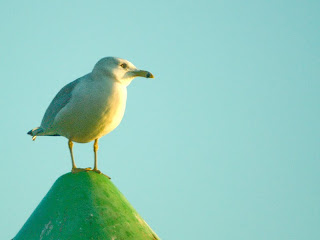 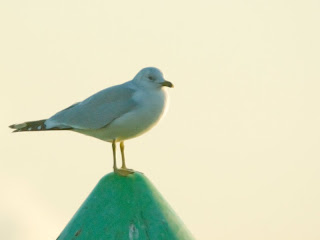 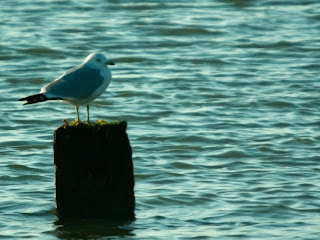 Other Gulls present included one or two adult Mediterranean Gulls, the lowering sun shone right through their white primaries at some angles. 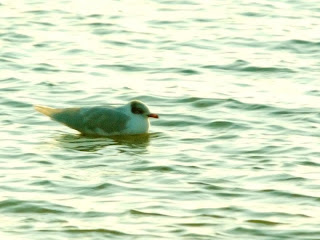 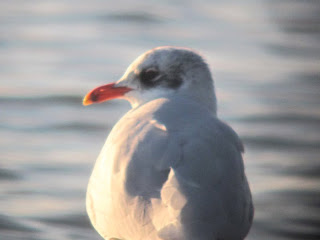 As the tide was starting to go out, revealing a small amount of rocky shore, there was a small group of Turnstones that showed down to a couple of feet, way closer than the Leysdown birds! The evening sunlight had a beautiful effect on them. 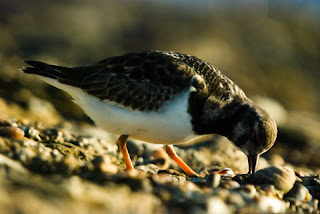 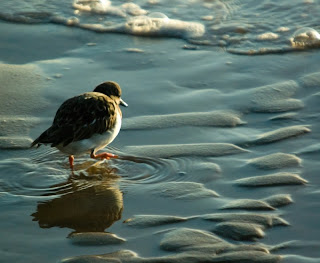 As we were driving away we spotted 3 Dark-bellied Brent Geese on the edge of the increasingly exposed beach.

A very good day, the year list having a relatively healthy beginning of 53 species (I think that's more than the 1st day of 2009!) and I was still missing very common things like Woodpeckers, all Tits but Blue, Wren etc.

Today (2nd) I popped down to Canon's Farm and Banstead Woods where the highlights included 2 or 3 Woodcocks which I flushed in Banstead Woods, 6 or so Yellowhammers, 2 Common Buzzards (the resident bird plus a distant individual over the Chipstead Valley), 17+ Skylarks, a Treecreeper, 5+ Nuthatches, 3+ Coal Tits, c.3 Lesser Redpolls, 2+ Bullfinches and a handful of Rose-ringed Parakeets.

The year list is now on 71, with some very common species still avoiding me e.g. Song Thrush. Very early days yet anyway.

See the right hand side of the blog for my chronological 2010 year list.