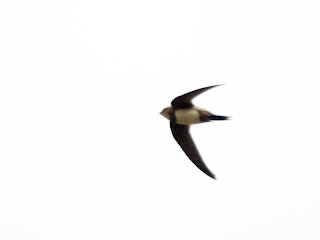 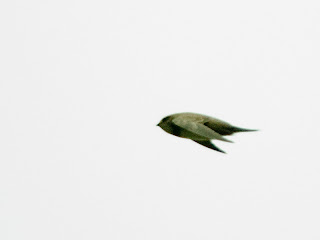 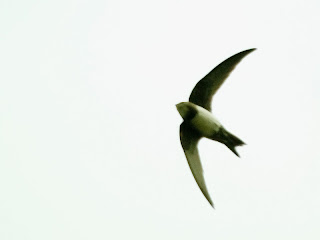 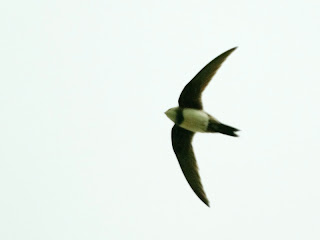 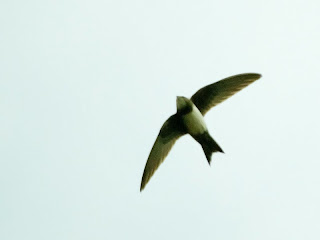 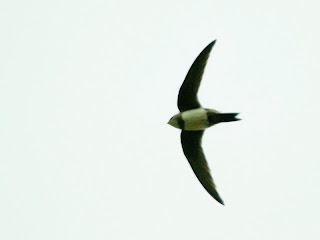 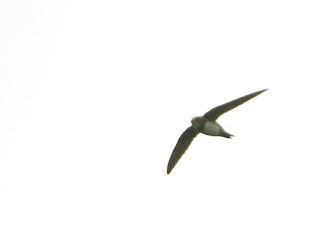 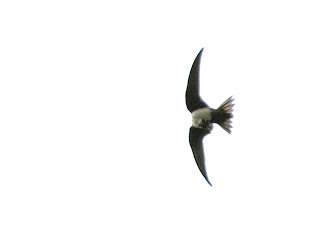 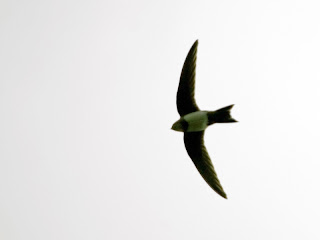 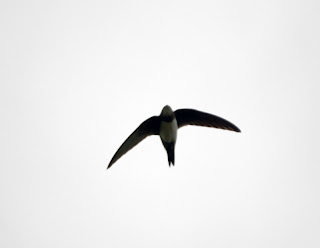 I was disappointed this morning when news came the reply on the pager to my RFI was negative on the Alpine Swift, and the Rainham Hoopoe had also decided it could find somewhere better to go.

After a bit of thought I decided it was probably wisest to go up to that area regardless, just in case something was found and on the off chance that I would find something for myself. This turned out to be a good decision as my heart jumped when positive news of the Swift came through on the pager, off to Chafford Hundred!Upon arrival at Chafford Gorges EWT reserve no sooner had I looked out of the car window than I got onto the Alpine Swift hawking over the visitor centre! I got out of the car and enjoyed the next 2 hours watching the stunner flying around me as I was munching on a light lunch on the balcony of the centre, birding heaven! The bird was accompanied by a couple of Sand Martins and a Swallow. A male Kestrel caused the bird to disappear for about 5 minutes as it hunted beneath me. 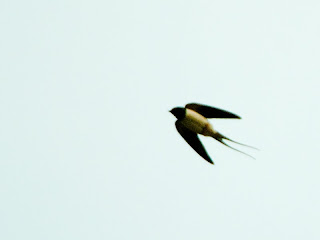 At 1.40pm I jumped into dad's car again and we made our way to Rainham. While the parents were doubtlessly having an enthralling time sitting in the car for 3 hours I was enjoying a casual afternoon's birding, not seeing anything amazing but a couple of Little Ringed Plovers were nice and provided another year tick. Other than a Peregrine there was very little else of note in the area. 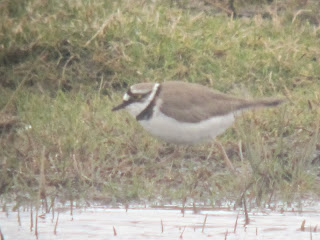 At 4.55pm I was passing through the visitor centre on the way back to car and was completely unaware that I was missing another (or the same) Alpine Swift that reportedly made a brief visit at that time around the centre. I didn't see anyone else looking and anything in particular and of course didn't notice any Swifts overhead . . . strange.

There are some much better photographs of this bird elsewhere on the internet if you surf around a little bit.