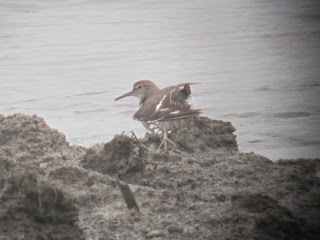 Common Sandpiper
I decided to join Kevin at his new patch Crayford today for a third time, and again via hellish pubic transport. I can't keep this up for long, as much as I like Crayford it's too far away/expensive/difficult to get to regularly and I like Canons too much to abandon it anyway. 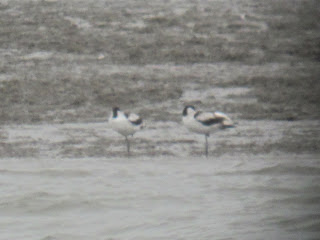 Avocets
Nothing new was seen today but we still saw a nice set of birds including the female/juvenile Marsh Harrier over Rainham again as well as 2 of the Avocets still in Aveley Bay. The only other raptors were a Hobby and a couple of Kestrels. 3 Whimbrel showed well along with 3 Greenshank and a handful of Common Sandpipers. 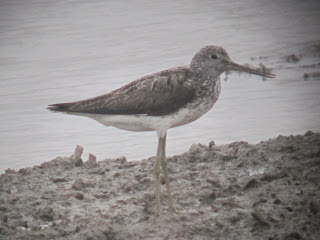 Greenshank
The Greenshanks were particularly interesting to watch, I never noticed before that they so carefully run to the water's edge to wash every muddy prey item they catch! One persisted in chasing its rival from its patch of mud, only to fly to where the other bird had flown to in order to flush it from there too, no matter how far away it got! 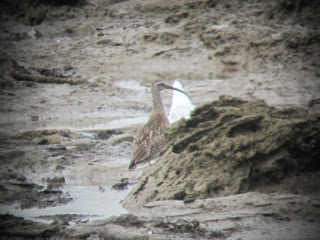 Whimbrel
I really couldn't face scanning through the tons of Gulls so finished when I got to 3+ Yellow-leggeds, if you committed yourself to thoroughly grilling all Gulls at that place it would leave no time for any other birding! A couple of Oystercatchers were around as always. A couple of Reed Warblers were the first I've seen in a while and 5 Common Terns were fishing on the river. The only sign of non-wader movement was a single overhead Sand Martin. An immature Great Crested Grebe was a patch tick for Kevin. In Aveley Bay the usual family of 2 adult and 11 small young Shelduck were amazing all still present and correct. 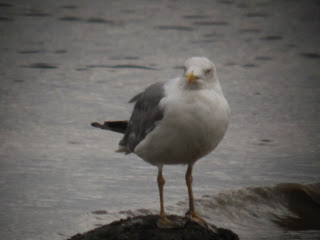