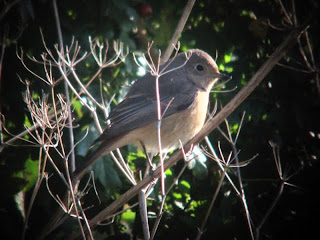 Common Redstart
I've had a good run of locally significant/noteworthy birds at the local patch in the last ten days with Common Quail, Golden Plover, Spotted Flycatcher, two Tree Pipits, a handful of Whinchats and Wheatears and a good few Yellow Wagtails; the former three being patch ticks.
This trend continued today when I followed up a 'huit' that sounded interesting. When the bird eventually showed itself I realised I was onto my much anticipated Common Redstart! 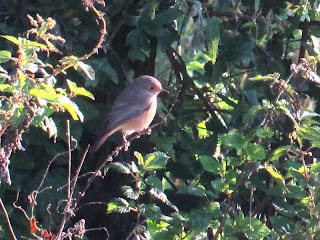 Common Redstart
I only had the bird in view for a few minutes as it was quite elusive and I needed to move on, because I was needed somewhere later that morning, but it was very satisfying to finally connect with one at Canons Farm. This is a bird that has surely passed through the area before but there are no official records, so this is the 104th bird for the site (not too bad if you consider it's inland, has received poor observer coverage and has hardly a drop of standing water) and my 86th. 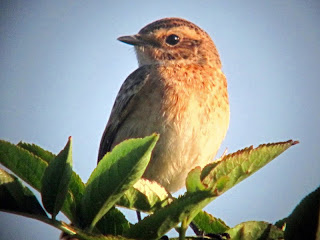 Whinchat
The two Whinchats from yesterday were still present and a Yellow Wagtail flew over. When checking the Legal & General playing field I found another Yellow Wagtail amongst the Pieds, the first time I've seen one on the deck here. 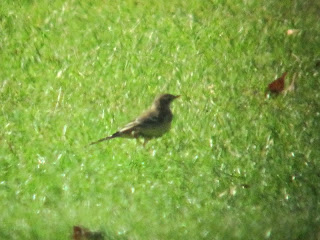