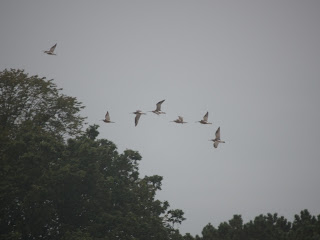 We expected something to fly over in easterlies and showers today so myself, Ian Jones, Roy Weller, Josh Burch, Cliff Allan and Ian Magness, amongst others, staked it out. The best part of the morning had passed and the highlight had been two Yellow Wagtails heading south so it was looking like it might turn out to be a duff one then Ian J suddenly shouted 'Curlews!' and a magnificent flock of seven flew over, circled round and dropped down in Quail Field! They showed there for a few minutes before being flushed by a dog walker. They then moved to Heathside Field but didn't stay long, as a helicopter flew low and loudly overhead. This was enough for them and they made tracks south. There were also impressive numbers of hirundines today, in particular Swallows, and a Hobby flew over later in the day.

This brought my patch year list to the momentous figure of 100 for the second time. My record (last year) is 103 and I'm roughly level timing wise in terms of last year, however I still need Brambling, Short-eared Owl and Reed Bunting, which are all annual CFBW birds which I've not been lucky enough to get yet. 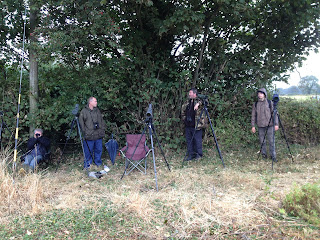 Also, my article finally got in October's Bird Watching magazine, see below: 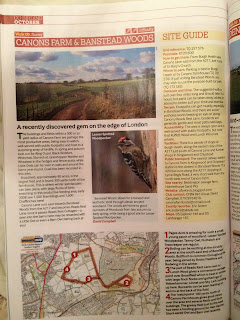