I'm back at home again for the weekend and had a walk around Canons Farm and Banstead Woods today. The highlights were a male Brambling and a flock of around twenty Lesser Redpolls near Piddly Pond. 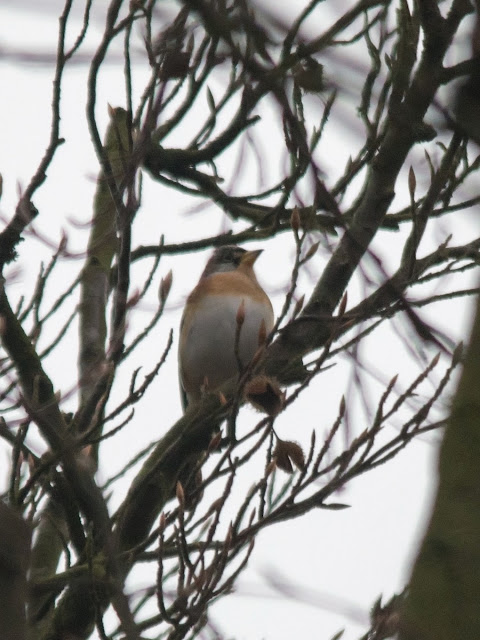 I spent a short while with this juvenile Spoonbill at Newhaven Tide Mills today, a place that I've been having the occasional walk around when I've had the time, being only twenty minutes from my flat. As you can see it wasn't the most attractive bird ever... 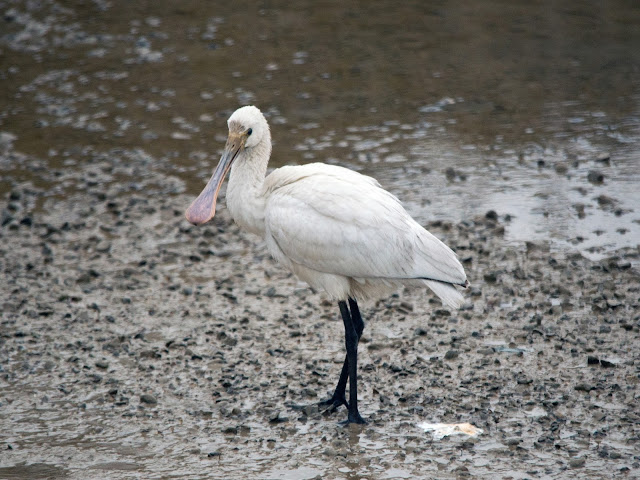 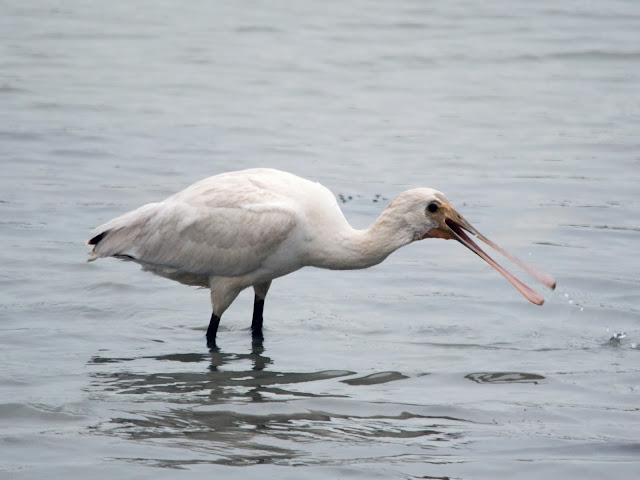 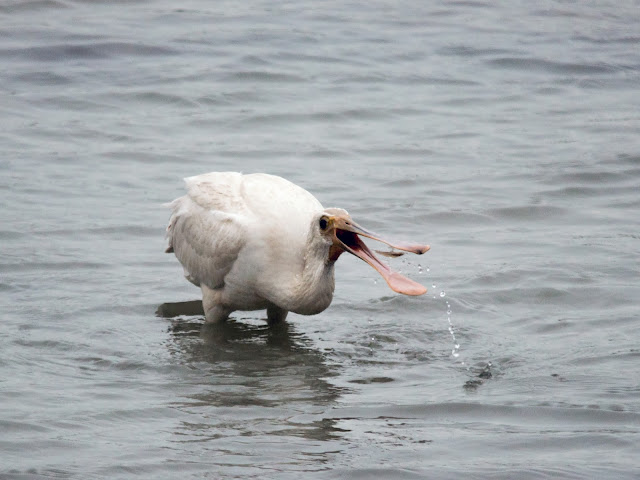 More time at the patch today produced this fly-over Short-eared Owl. When I arrived the overcast conditions seemed filled with promise and SEO was firmly in my mind as a possible reward for the visit. A distant Carrion Crow pointed to the bird as it circled and drifted slowly south... 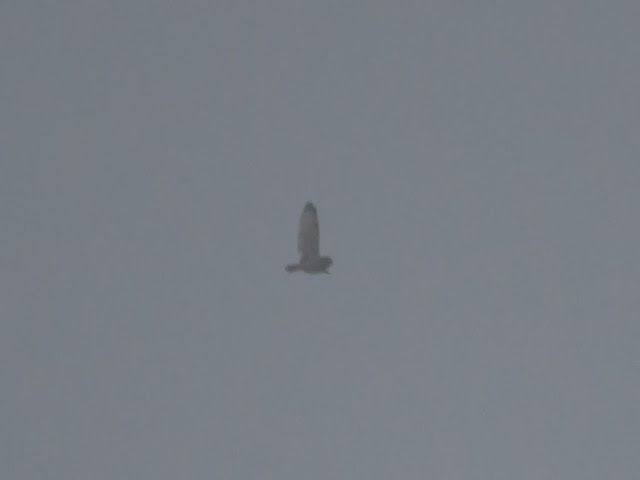 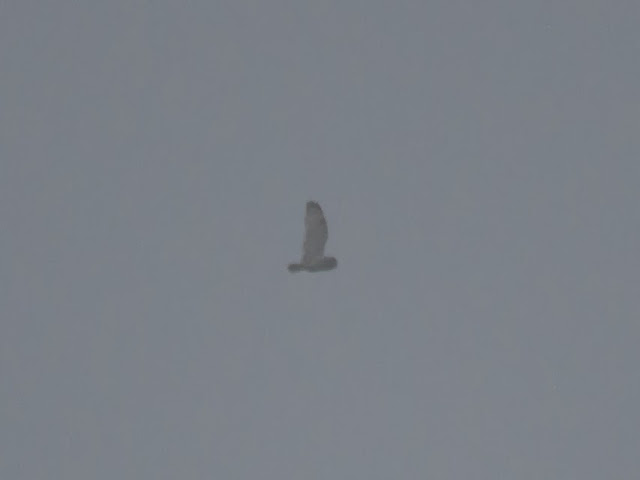 I had a treat today in the form of a day off so I thought I'd spend it checking out some sites close to my Surrey home. I started off with Banstead Downs Golf Course where two Firecrests were still in-situ but evaded my efforts at photographing them; in the six winters that I've been watching them there, I have never managed a good shot! I've been wanting to dig out a Caspian Gull at Beddington for some time now but haven't been trying in recent weeks because my scope is off being fixed, I decided to give it a go today anyway (with my old Mighty Midget which I use as a spare) and was very pleased to pick out a first-winter Caspo. It was the first bird my scope landed on when I started looking at the active landfill cell and was a real performer, consistently favouring the part of the tip nearest me and with the fewest other gulls. It seemed quite a playful/inquisitive individual, picking at rocks and debris a lot as well as interacting much with other birds and did several flight circuits of the tip. I finished the day with some time at Canons Farm, less time than I had originally planned (these short winter days are a real pain) but enjoyed catching up with Geoff Barter and seeing a decent flock of around forty Skylarks. 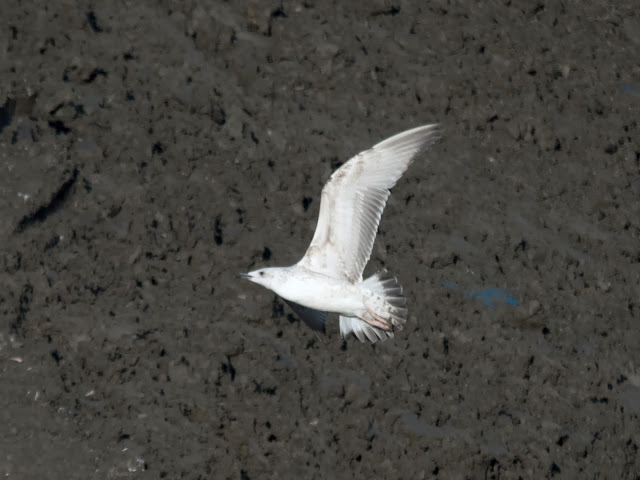 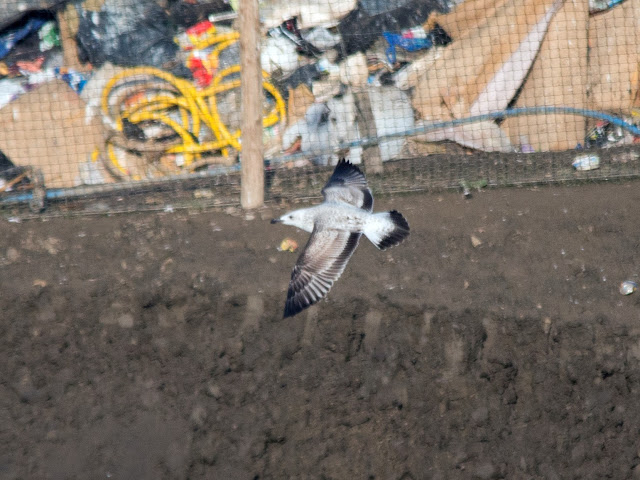 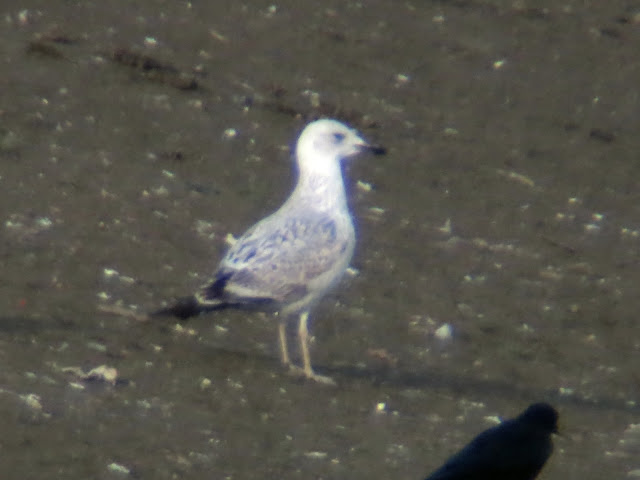 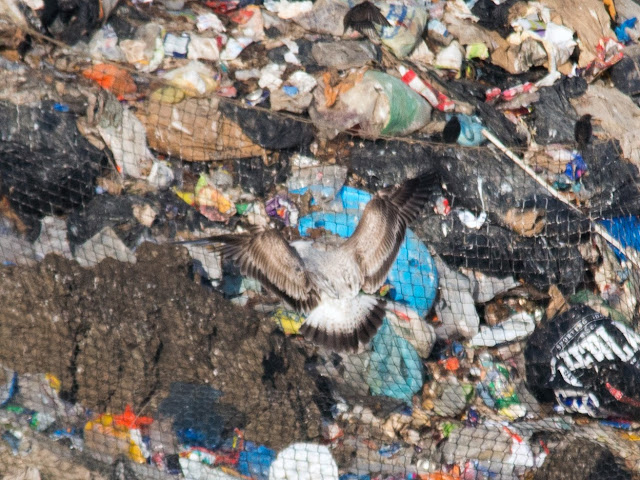 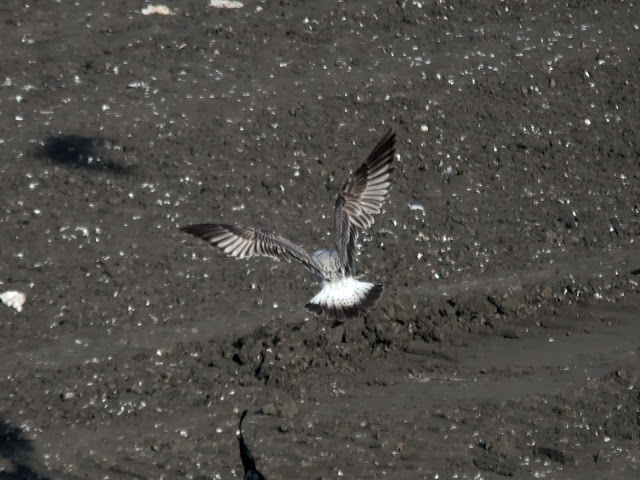 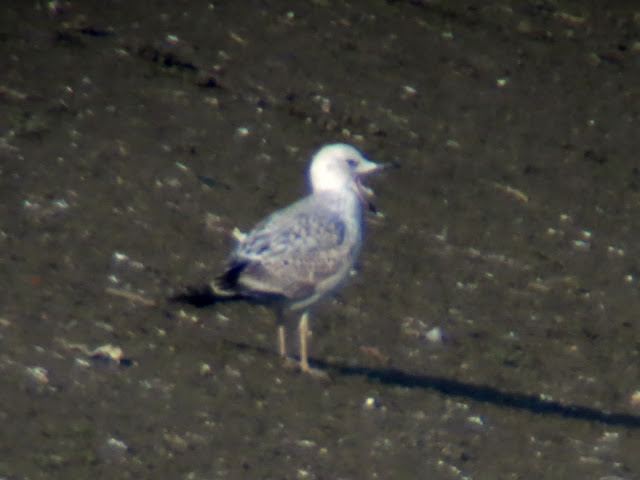 On Saturday I had a session at the patch which included a mooch around Banstead Woods towards the end of the day, successfully locating (to my surprise) the Marsh Tit that Ian Ward found recently. This bird represented a massive sigh of relief for me, being my 100th species at the patch this year.

On Sunday morning I headed to the Isle of Sheppey with Josh. We started at Capel Fleet at first light; unfortunately we didn't see any Hen Harriers or owls or anything like that but got nice views of a flock of twelve Corn Buntings and numerous Marsh Harriers. A quick call in at Harty Ferry saw us bag the Cattle Egret, a lifer for a Josh and only my second in Britain (both have been in Kent) before we headed to Swale/Shell Ness NR where Josh enjoyed some wader photography and the highlight was a fly-over Snow Bunting that we frustratingly couldn't get a decent look at.


Today I had the day off and was on stand-by for the Yellow-breasted Bunting in Norfolk, which didn't show up so I spent most of the daylight walking through Cuckmere Haven to Crowlink NT. The haven produced a selection of common wetland birds including Kingfisher and Rock Pipit along with strong numbers of Great Black-backed Gulls. It was all made worthwhile when a gorgeous male Black Redstart appeared on the clifftop between the two sites.

A good day out yesterday saw us bag the ORPHEAN WARBLER in the garden at St. Bride's, Pembrokeshire. A male Merlin was my first for some time, on wires viewable from just outside the garden. The only other stop that we could fit in before dark was nearby Dale Airfield which produced at least nine Lapland Buntings, two Stonechats, a Reed Bunting and good views of a reasonable number of Ravens. 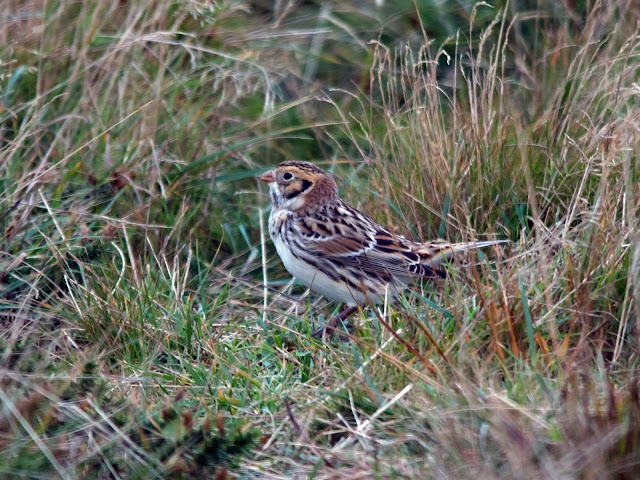 I dashed up with my good friend Josh Burch to see the Pied Wheatear in Nottinghamshire yesterday, a short while after news came through of its continued presence. News was encouraging on the way up and I was looking forward to seeing my 25th new species of the year. The bird showed more-or-less on arrival but remained distant. People began to drift off as the day went on but the bird approached ever closer, eventually feeding along the gravel ridge just across the narrow channel of water in front of us, affording superb views through the scope and decent photographic opportunities, although the light was diminishing and I had forgotten my digiscoping camera so had to make do with phonescoping. A supporting cast of two fly-over Whooper Swans and an adult Yellow-legged Gull in the quarry added interest. 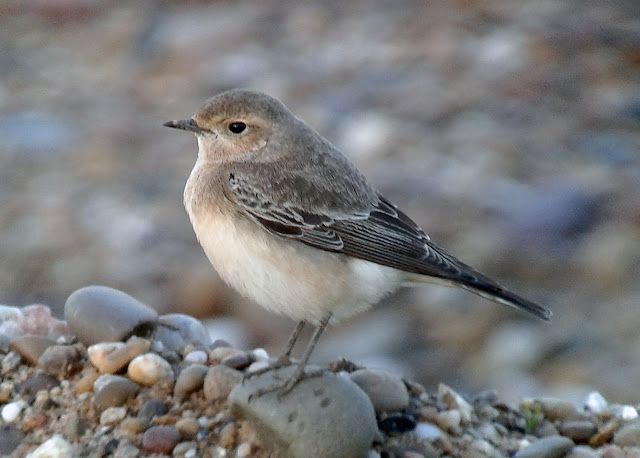 
I made my way back home from university yesterday afternoon to spend the weekend having a casual look around the local area. I stopped off at Papercourt Gravel Pits on the way and succeeded in finding the first-winter Great Northern Diver that showed well at times on the main pit; a flock of four Mandarins circling the lake was a decent supporting act. Rain stopped any further play and I waited until today to get back out. The plan was to check out Juniper Bottom (to see whether any Hawfinches had returned), then Banstead Downs Golf Course (to see whether any Firecrests had returned) and to finish up with a few hours at Canons Farm. My first venue didn't offer me any Hawfinches but threw up a nice surprise in the form of a Firecrest while a couple of Marsh Tits were present. It then started raining so I decided to briefly visit the golf course before sitting the deluge out in the hide at Beddington. It didn't take long to find two Firecrests along the usual wooded footpath at the golf course  - it's fantastic to see Firecrests back at this site for at least a sixth winter; I wonder how for how many years it was an undiscovered wintering ground before they were stumbled upon in 2008? Beddington was relatively uneventful, I failed in my quest to find any interesting gulls but enjoyed good views of a Water Rail and a couple of Tree Sparrows, while two Common Snipes flew over. Eventually the rain subsided and I could finally get to Canons, although it was nearly the end of the day and I didn't have long before dark so didn't find too much!

Mourning over a Dove

Well, my luck was sure to run out at some point. I went on an ill-fated trip to Rum with Pete Hayman and Dave Andrews on Monday/Tuesday where we spent most of our time staring into a dove-less (but very active in terms of birds) garden. We didn't even see any eagles to make up for it! Highlights shoveled from the despondency included my first-ever Minke Whale, Black Guillemot, Great Northern Diver, Red-breasted Mergansers, Eiders, Hooded Crows, Ravens etc. Thanks to Sean Morris and his family for so happily allowing us and more successful twitchers into their space, and for all the cake, of which I ate a lot to soak up my sorrows.