Up at some crazy hour on Monday morning, I set up the nets on Hundred Acre, conscious that I'd have few more chances to net this spring. Another reasonable session saw seven Reed Warblers among 14 new birds ringed, this being across three nets.

Out of the area again, I visited Middleton Lakes with David D-L on Tuesday evening, securing some value in the form of two summer-plumaged Little Stints with four Dunlin and four Ringed Plovers. Other notables included a Hobby, two Peregrines and two Cuckoos. Earlier in the day, birds in central Birmingham included two of both Grey Wagtail and Mistle Thrush.

On the way back home yesterday, I met up with Paul S and reconvened with DDL for some White-winged Black Tern-watching at Staines Reservoirs; the 2cy bird showed rather well on the west side, where it skipped between the basins and repeatedly splashed into the water during a dizzying and energetic flight. Two fine Black-necked Grebes showed distantly on the South Basin and three Ringed Plovers flew over... 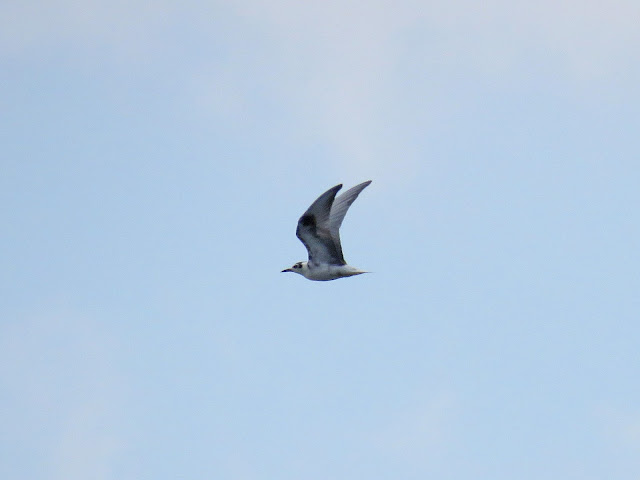 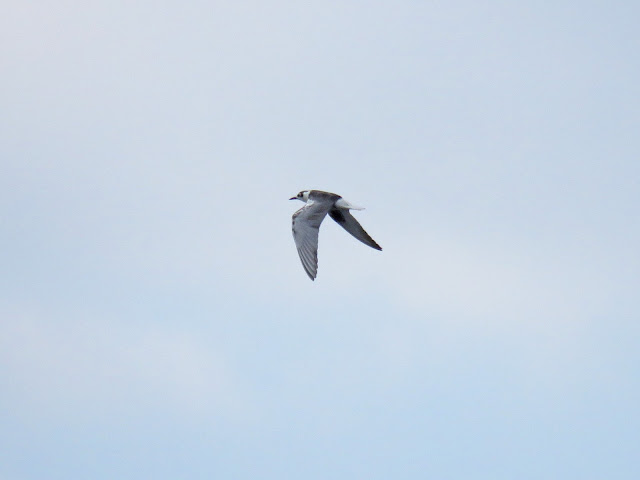