I spent just over an hour at the Gap first thing, producing six Red-throated Divers, an adult Mediterranean Gull, the wintering female Stonechat and 13 Grey Plovers.

Being such a lovely day I thought I'd spice things up by heading to Burpham, where I easily found the herd of six Bewick's Swans (three adults and three juveniles). It's hit me just how infrequently I see this graceful visitor from the tundra, and how sad it is that the Arun Valley herd is now so diminished. Water Rail and a few Teal were vocal in the valley, where there was a pair Stonechats. Hearing a Chiffchaff calling below the road reminded me of the waste treatment works which I'd driven past previously but never checked out. I ended up spending several hours studying the 10 or so Chiffchaffs present around the filter bed, including a fine 'Siberian Chiffchaff' (form tristis, though looking quite like a 'fulvescens' type). A Corn Bunting flew over, while a Sparrowhawk hunted and small numbers of Kestrels, Buzzards and Red Kites patrolled the downs. A Raven, a couple of 30-strong Linnet flocks and small numbers of Redwings, Goldcrests, Meadow Pipits and Skylarks were logged. 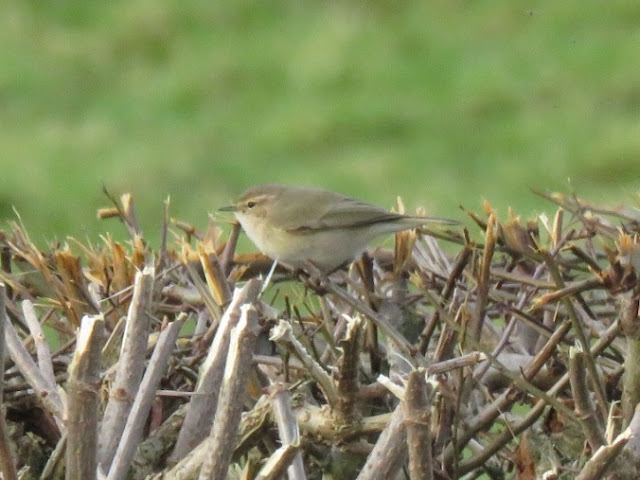