I headed out quite early this morning and was soon very glad that I did. Not long into my walk around Goring Gap, a Spoonbill flew quite low just overhead before disappearing behind the Plantation - I could probably have gone for the camera but I opted to enjoy the few seconds I had with the bird through the bins instead. Continuing a little further, a Cuckoo flew to the patch of vegetation around the hidden pond in the middle of the Gap before burying itself in the cover there. 10 Swifts moved north - perhaps they'd just crossed the Channel, a Mediterranean Gull flew west, a Sandwich Tern was offshore, a Lesser Black-backed Gull was on the greensward and although the Great Spotted Woodpecker nest site was quiet, one adult was seen in flight.

The next highlight, and what I'll really remember today for, came as I walked along the beach towards Ferring Rife and clocked something splashing in the water behind a pair of boats with a drag-net. It was a pod of Bottlenose Dolphins! I've really wanted to see some kind of cetacean off Worthing shores ever since I moved down and last year missed the only sighting during my time living here... So I was really chuffed with this. Up to six were on view in the tight pod at any one time and they spent a lot of time at the surface, surprisingly visible considering they were a fair way out and I managed to point the animals out to a couple of passers by, who were also delighted. At least five Gannets were involved in the mini-feeding frenzy. Two Canada Geese flew over for good measure and further highlights at Ferring Rife included a Swift, a Grey Heron, two Swallows, two Reed Warblers (including one of those odd June migrants in a seafront garden) and a singing Reed Bunting. I completed my route via Kingston Gorse, which didn't add much besides a Buzzard. 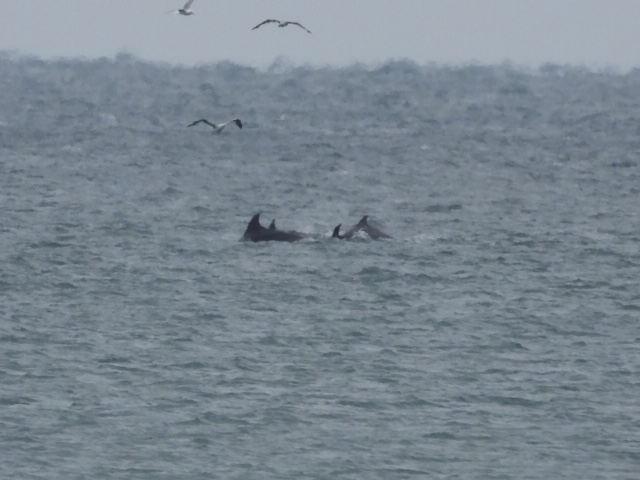 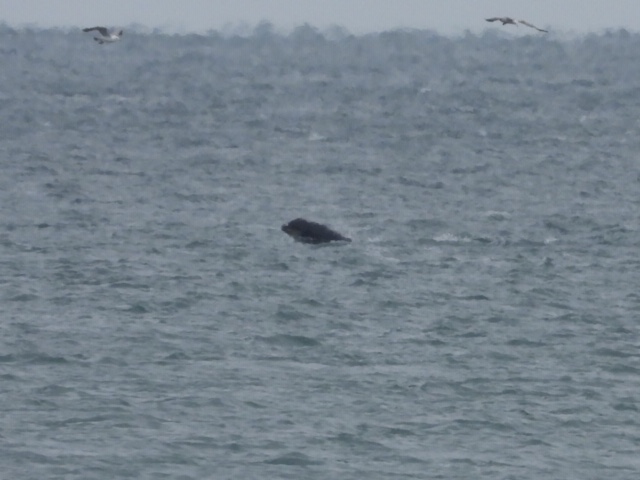