A nice duo of year ticks down at Dungeness today with PENDULINE TIT and GREAT WHITE EGRET; I haven't seen the former for near enough 4 years now and my first, and last, Great White in Britain was great because it was on one of patches but was all too brief, staying only 4 minutes after I arrived, so it was nice to get more prolonged views.

I arrived at the ARC pit at around mid-day and walked straight towards the Hanson Hide, pausing at the path-side reedmaces and reeded pools. I saw a small bird fly and drop down where the bushes met the reeds but couldn't locate it in the windy conditions. I moved on to the hide where a Cetti's Warbler was singing. There was little of note from the hide, and I was losing hope in the Penduline as it hadn't been seen since fairly early in the morning (but then again the weather was improving . . . ). The only birds of interest were a handful of Wigeon a couple of showy Shelduck and 2 or 3 Goldeneye amongst the commoner wildfowl and a 1st winter Black-tailed Godwit. At 12:38 I heard the PENDULINE TIT give its high pitched, drawn out call, I knew that was what it was but for some reason it took a few seconds and the excited voices of the other birders in the hide for my brain to get into gear. The others in the hide had it in their view but I couldn't get onto it, I took my bins down from my eyes and I saw it fly, catching the reddish, rich wings and mantle. 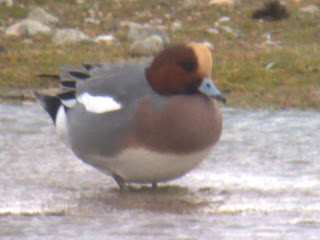 I waited for nearly 20 minutes before heading back to the car (intending to bag the Egret, then come back and stake it out for the Tit). On the trail back, there were 3 birders waiting by some reedmace, they'd just had it. After 15 minutes or so of waiting and scanning, some new arrivals located the bird atop a large reedmace head. I enjoyed good views in the scope but it was a bit windy and sway for a good picture and just as I was about to video it, it mysteriously disappeared. Happy, I got back to the car and made my way straight to Denge Marsh on the RSPB side. 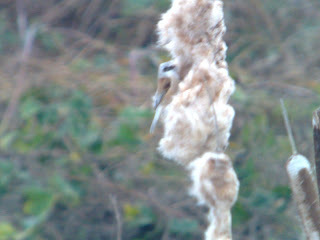 As I was walking up to the hide, I immediately saw the diagonal white-guitar (for want of a better metaphor) shape of the GREAT WHITE EGRET. I got in the hide and another birder was in there, I assumed he'd seen the bird and casually pointed out that it had just flown into a patch of reeds, it turned out the poor man had been keeping his eyes locked on the wrong side of the marsh all that time and hadn't seen the bird! We waited and after a few minutes we both glimpsed it fly up briefly. We stepped outside of the hide to try to pin it down but failed.

A Peregrine was hunting over the marsh, setting up all the ducks and a large number of Lapwings. The gentleman made the choice of going back to his car and driving along the road by Dengemarsh to get a different angle. I went back into the hide and, as murphy's law goes it flew right in front of me, landing in perfect view and stayed like that on and off for all of the time I was there (flying slowly at fairly close range past the hide at one point). 2 drakes and a female Ruddy Duck were present, these are always a treat for me now that their numbers are much lower. An immature Marsh Harrier hunted the marsh and showed well on a clump of reeds for a few minutes. 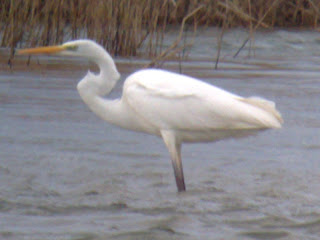 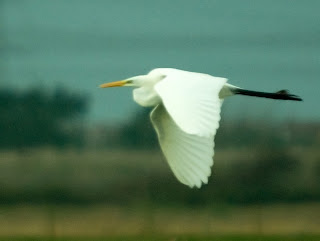 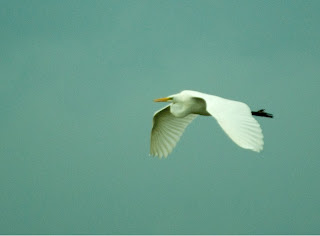 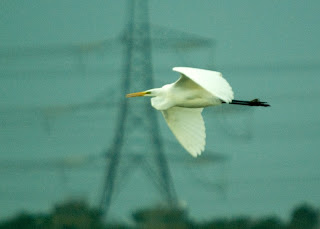 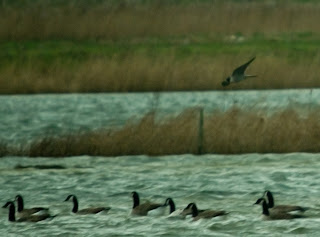 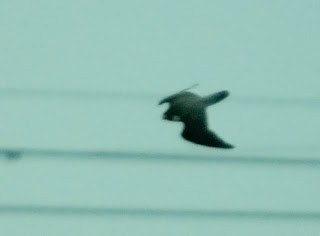 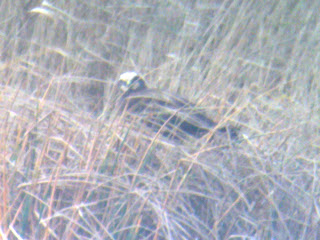 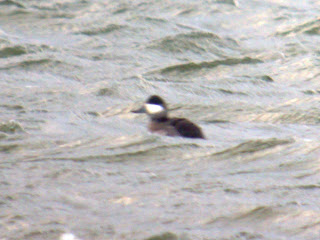 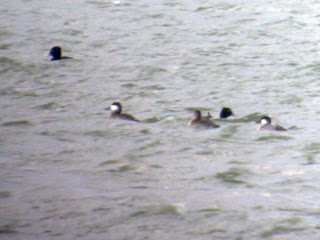 It was starting to rain, I packed up and started going back for fear of it getting worse, stopping at the Christmas Dell hide (dead -1 female Pochard, that's it) and the Scott Hide (also dead, but not quite as bad, having an average selection of common wildfowl).

I enjoyed a nice hot chocolate in the visitor centre before checking the small Gull roost out at dusk. I failed to turn up any Caspians (frustratingly one was at ARC I later learned . . .) but I did find 2 or 3 adult Yellow-legged Gulls before giving in and heading for home.