apologies for the poor video quality; the first bird is more obviously the Nightjar than the second bird is a Woodlark

I met with Dominic Mitchell, Lol Bodini (of Dusky Warbler fame) and Gareth Richards at about 9.10pm this evening in the car park of the local Nightjar site that I visited previously in early June and we made our way towards where I'd seen the bird last time.

After a bit of waiting it was starting to get dark (past the point at which I had the bird last time) so we decided to play the tape and sure enough the male Nightjar powered out of the vegetation and flew above us, giving its croaking call and good views for the very happy us!

While Dominic and Gareth were off photographing the bird, Lol and I flushed a couple of small brown birds from an open stony area after sunset; it was too dark to scan for them so we called the others over and we spaced out, walking towards where the birds appeared to drop down, flushing what turned out to be four, just as Lol and I had suspected, Woodlarks! London tick for me and Gareth!

I spotted one bird roosting just a few feet away from us and we got close but very dark (wasn't far off as dark as it was going to get) views. Amazingly, I spotted another dash out from the low vegetation into the open even closer (less than 10 yards away), freeze when it saw us and then flit away but the others didn't get on that one. A Tawny Owl hooted in the distance.

After watching the Woodlarks, the Nightjar reappeared, briefly landing in a birch before flying off and returning to sing constantly for a few minutes at close range; after savouring this very, very rare sound in London (Dominic reckons this is probably the only site in the recording area for them) we thought it best to leave everything alone and head off home. 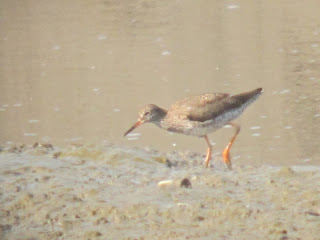 On Wednesday I travelled by public transport to Crayford Marshes, with Kevin McManus, in the hope of getting Corn Bunting and Red-breasted Merganser for my diminutive London list. Be warned, this post is full of VERY bad record shots.

As soon as we arrived we fell in love with the site; it was just like a mini under-watched Rainham. We bumped into the very welcoming Kev Jarvis who showed us where to find the first of our targets and it wasn't long before I was watching my first London Corn Bunting, a singing male. Soon we realised there were two singing males. The heat haze was bad though; even at fairly close range viewing was distorted. There are now only a very small number of sites in the LNHS area for this species unfortunately. 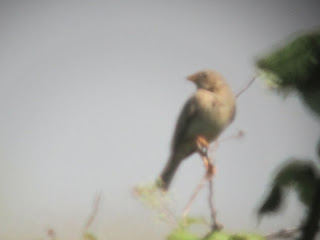 Moving to the Thames we scanned towards Rainham, eventually picking up the long staying and very unseasonal female Red-breasted Merganser hugging the shore of the reserve, my second London tick of the day. We enjoyed close views of several Common Terns fishing but saw nothing else at all unusual. We walked slowly back and found a pub in which to watch the England game in the 'great company' of the, interesting, locals at 3.00pm before making our way back to the Marshes at 5.00pm when the game finally ended. 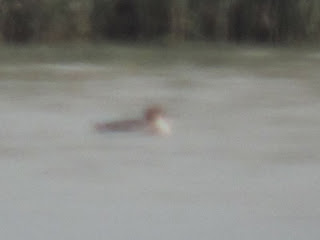 We staked out the Thames, and as the tide pushed back in an Oystercatcher announced its presence, piping away providing me with my tartiest London tick and one that I've been trying to get for a long time while giving me a hat trick of county ticks for the day. The Red-breasted Merganser pulled herself onto the beach at Rainham. The walk back at around 7.30pm added Little Egret and Lesser Whitethroat to the list for the very enjoyable day. My London list now stands on 184. 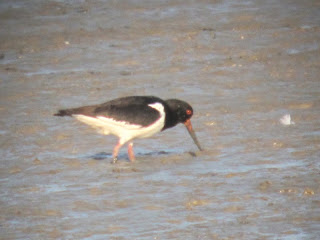 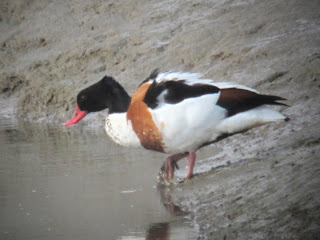 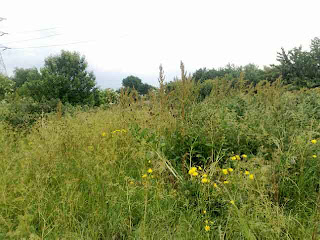 Dad offered to take me to have another go at the Rosefinch this afternoon if I promised to revise in the morning (for once!), this seemed like a fair deal as I didn't fancy the expense and hassle of the public transport again like I did yesterday.

The Satnav kept changing routes because just about everywhere seemed to have disruptions so we arrived later than planned at about 3.15pm. As I got out of the car and joined the group of about 10 birders present the bird could be heard singing almost immediately but after this it went silent until just before 6pm when it sang again as a very nice chap called Bob joined me.

After trying different angles all birders present grouped up and staked it out from south of the car park, it was a long wait and people came and went until one birder wandered off slightly and called us over as he saw the bird drop down from a bush into the low vegetation. Two birds, one a Greenfinch, flew from the general area to a nearby bush, the other bird then flew back revealing itself to be a streaky plain brown bird which everyone agreed was without doubt the Common Rosefinch. THANK GOODNESS! It was such a relief, I thought I'd have to come back again the next morning but I had finally bagged the bird, the 9th record for London and an overdue British tick. The 9 hours I'd put in over these two days suddenly became very worthwhile even though I'd seen the bird for about 3 seconds! 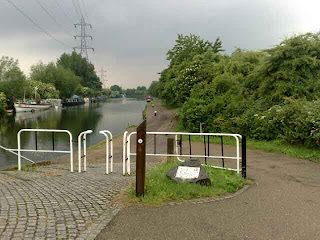 With my Geography exam done and dusted by 10.30am I rushed out of school to twitch the Tottenham Marshes Common Rosefinch by rail, underground and taxi; the journey went relatively smoothly and only cost me £12.90 in total.

Upon arrival I found a group of about 15 birders so was hopeful that the bird would be located, however it was a long wait before the bird sang, this could be heard clearly enough but the darn thing just wouldn't show. I stayed for four or five hours while the bird sang on and off, at one point in a bush right in front of me. During a downpour I sheltered outside a canal-side building unaware that anyone else was bothering to look for the bird in the rain when it surely wouldn't show but to my frustration Nick Tanner and Des McKenzie walked past saying they'd just had the bird in flight. I stayed for quite a while longer but gave up after a while because time was getting on and it was still windy and cold, getting home again by public transport.

I'm having another go tomorrow afternoon if it's still around. 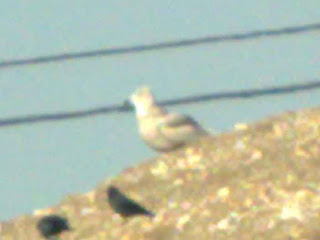 It seems I've got myself an excellent armchair tick as it says on the BBRC work in progress file that the April 2009 Beddington Gull has been accepted as a GLAUCOUS-WINGED GULL! Excellent! This is very good both as a British tick and even more so as a London tick and to be honest I'm surprised as I didn't think the bird would get through . . . a nice surprise to brighten up my day! 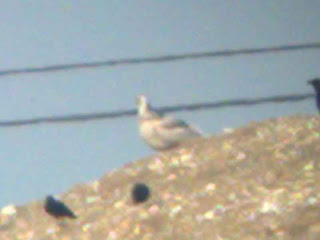 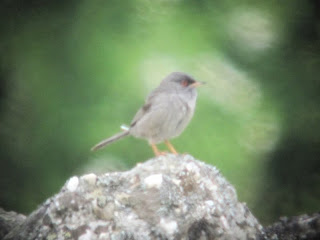 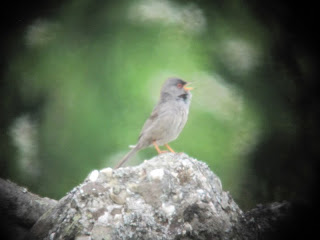 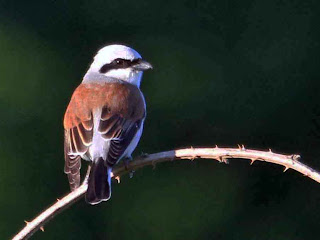 all photos by Mark Stanley
I was informed this afternoon of the presence of a male Red-backed Shrike near Banstead (where I very nearly live) and made my way over there as soon as I could, catching a short lift from Phil Wallace. Here we met up with Mark Stanley and we all split up to search different areas of suitable habitat. Phil had to leave to go to a rehearsal and Mark and I re-checked one of the areas. I spotted something fly down briefly to the ground to catch a beetle and when it landed back in a bush, quite obscured I was certain I could see a dark face mask. We waited for the bird to change position and soon it flew down to catch another insect, revealing itself to be the male Red-backed Shrike. We watched the bird for going on for an hour, it really was fantastic seeing such a smart male Shrike just two miles from home and what's more it was a London tick. 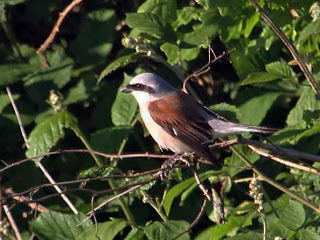 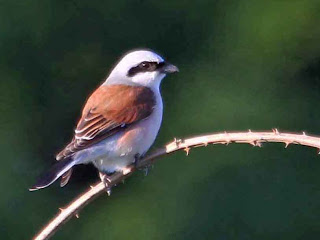 Last night (Wednesday 2nd) Kevin and I headed down to an undisclosed local site to get Nightjar for London. There is only a small number of breeding sites for Nightjar in the LNHS recording area and all are kept rather hush-hush. This was our third attempt and our second at the right place (the first time we were on completely the wrong site).

It was still very light and only about 8.30pm when I heard a brief churr (is that how you spell it?). We waited around the spot and sure enough it called more intensely as it grew closer to sunset. At about 8.50pm the Nightjar powered out of the scrub and flew right past us, giving us quite a shock! Satisfied with the very good but brief views, we headed back as it would take Kevin a long time to get home. Another good London tick.