Take me to the River

Before plumping for the New Forest on Sunday, Phil Wallace and I considered going to Norfolk and as we set foot at our first New Forest site the pager went off with a River Warbler in Norfolk rendering our decision a bad one - plans for the following day started materialising there and then. 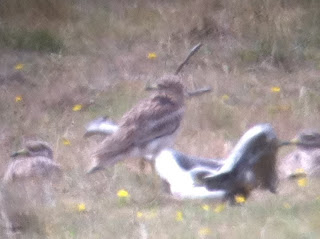 Stone-curlews
We left Sutton at 8.00am yesterday, arriving at the first of our list of sites to pass the time until 7.00pm; a Stone-curlew breeding locality not far from Lakenheath. We spent about half an hour there, enjoying relatively good views of four Stone-curlews including three together. It was nice to see a Eurasian Curlew with a young downy chick too as well as a Stoat which took a strong interest in the local rabbits.

Lakenheath was next up but the visit proved very brief, we didn't even go past the visitor centre because staff informed us that the Golden Oriole situation (a target for Phil) at that moment was so bad that they would be very interested to know if we did see one. 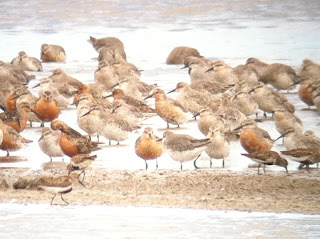 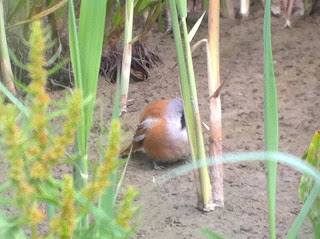 Bearded Tit
This at least meant that we could spend more time staking out the elusive Buff-breasted Sandpiper at Titchwell. Approaching the reserve we stopped the car to enjoy brilliant views of a singing male Corn Bunting. On arrival at the reserve we had lunch at the cafe which retrospectively was a bad move as we missed the Sandpiper by ten minutes because of this; it had flown into dense vegetation on the freshmarsh. We searched for three or so hours to no avail, the star attractions amongst the general interest of the more expected marshland birds were four splendid summer plumaged Spotted Redshanks, a summer plumaged Golden Plover and a male Bearded Tit which showed well completely still for a long period on the mud at the bottom of a set of nearby reeds; it looked rather poorly. 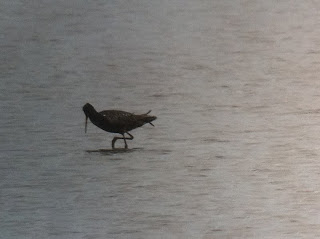 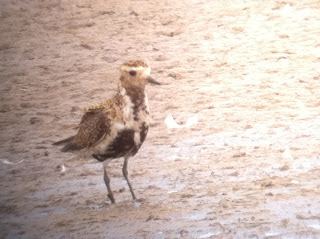 Golden Plover
We had spent too much time at Titchwell and we had to leave if we were to have any time at all at the Montagu's Harrier site (a bird which Phil needs as a lifer). A birder at Titchwell told us that the main area to watch from had changed so we quickly called in at the old lay-by to see if anyone was there (there wasn't) before driving around the area that the birder suggested, again finding no-one. We thought it best to leave for the River Warbler slightly early to get there in good time. 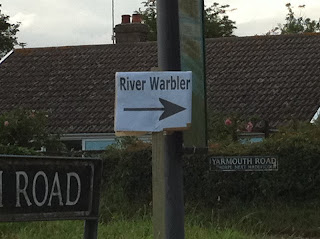 The River Warbler twitch was well organised, we arrived just before 7.00pm and gave our £2 to the local children holding buckets before Dick Filby directed our parking. It took a long time for the bird to start singing it was a tense wait but at least we had 2 Barn Owls and a Hobby to watch and some Little Owls to listen to in the meantime. Eventually, approaching 9.00pm the bird sang. The bird was singing to my right, I glimpsed what was without doubt the bird fly left with the naked eye and it started singing again from its new position but this was just movement seen with the naked eye and too poor to tick. A bit later on the bird stopped singing and what I believe was almost certainly the bird was seen a handful of times briefy in flight but realistically, Reed and Cetti's Warbler could not be completely eliminated, though on the views I did have I'd say it was far more likely the River than anything else and the bird was seen in the general area that the bird was singing from. 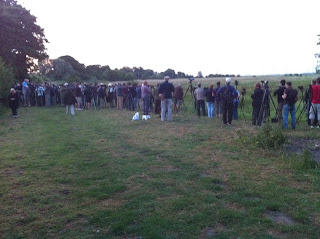 At the time I thought that the evidence was strong enough to prove that the these sightings involved the River Warbler and to tick it but I've been thinking over the last couple of days and come to the conclusion that Reed and Cetti's, although I feel it's unlikely it was either of these species, cannot be completely ruled out and views were really too poor, anyway I really wanted more on it than brief bins-only flight views.