... was the question asked every five minutes by bemused passers-by when I was watching a Melodious Warbler on an urban street in Leyton with a gathering of other on-lookers. A very bizarre place for a bird of such local magnitude to turn up but stuff like that happens in birding. Picked up on song this morning by Stuart Fisher, this is only the eighth record for the LNHS recording area and the first since one in 2000 in Regent's Park which didn't give itself up to the London birding community. Melodious was, until today, on the short list of birds that I've seen abroad but not in Britain - remaining on that list are Crag Martin, Short-toed Eagle, Alpine Chough, Black Stork, Honey-buzzard, Black Kite and Whiskered Tern. 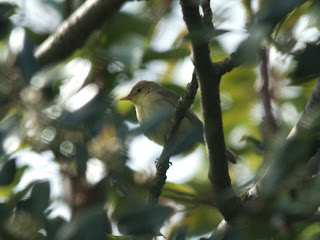 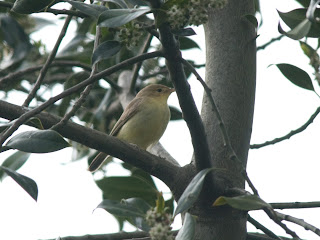 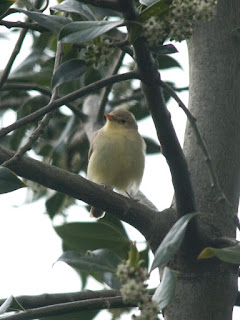 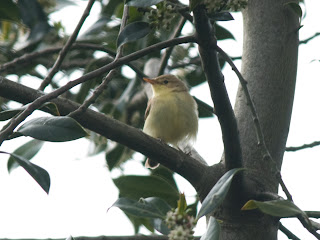