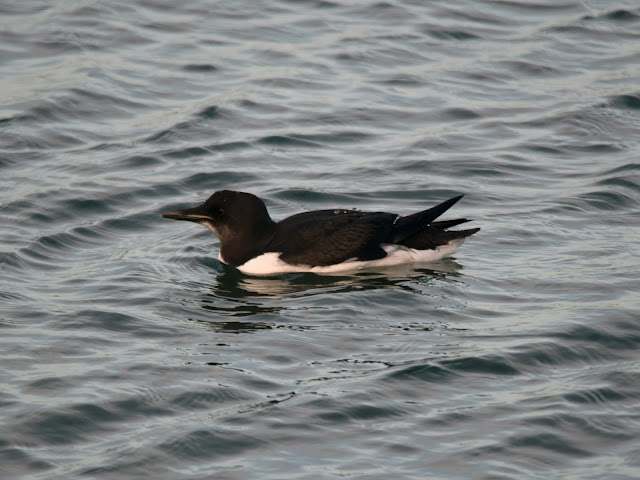 Josh Burch and I rushed down to Portland when news broke late this morning of a BRÜNNICH'S GUILLEMOT in the harbour. It had just gone out of view when we arrived, but the Black Guillemot that has been around for a few days was showing distantly. It wasn't too long, though, before we moved a little further along and the bird bobbed up in front of us, very close. We were treated to excellent, albeit usually fairly brief views, between the bird's frequent dives (during which it typically moved a considerable distance). A fantastic late Christmas present!