White-billed Diver and a second helping of the Brünnich's

Ian couldn't get away yesterday so I jumped in his car as he headed southwest early this morning. An unpromising start at Portland Harbour saw the BRÜNNICH'S GUILLEMOT eventually show well, adding itself to Ian's list. After enjoying this bird we made our way to Devon for the bird that I was really there for which had taken up temporary residence in Brixham harbour. We soon picked up a Black-throated Diver and the odd Great Northern Diver but it turned out we were in the wrong part of the harbour as Liam Langley called to say that he was watching it in the inner section. We rushed round there and were soon on the White-billed Diver which showed spectacularly well at times; the bill truly was something to behold! How great it has been seeing this run of Arctic birds this winter in Britain. As a tag-on we called in at Broadsands to see the Cirl Buntings on the seed put out for them, a nice finish to my and Ian's first twitch together for too long! 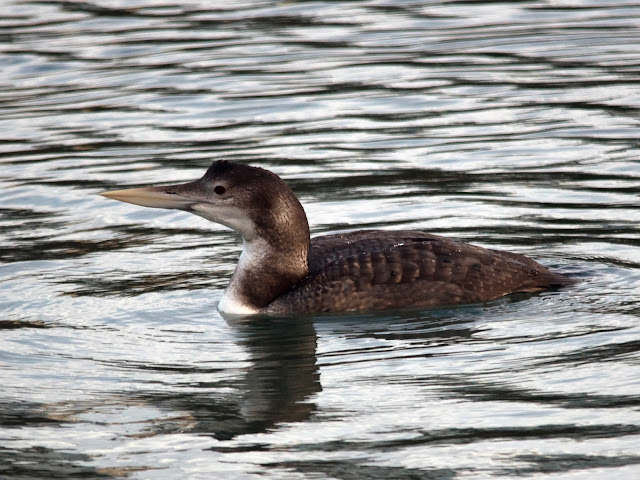 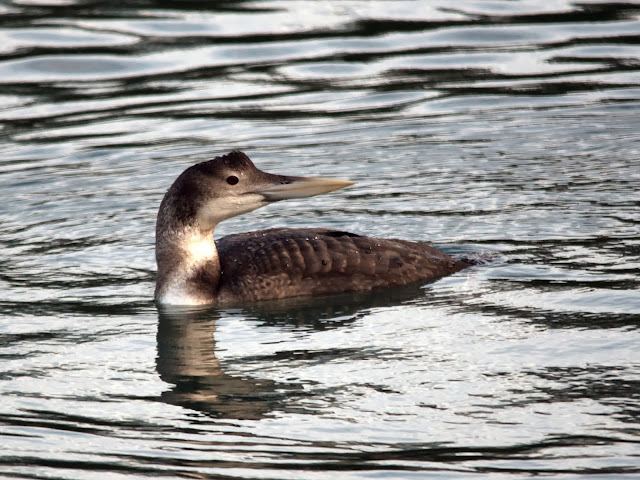