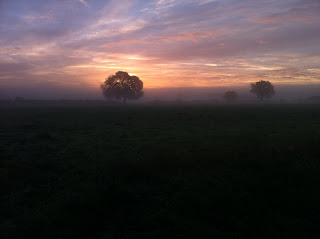 I was very pleasantly surprised to find 3 Black Redstarts today at Canons Farm, in exactly the same place as the pair earlier in the year. I was even more pleasantly surprised that co-patcher Paul Goodman picked up a Common Snipe which I managed to get onto as it dropped into a nearby field, constituting my 90th species at Canons Farm & Banstead Woods and bringing me, for the first time, to number one in the patch leaderboard of five people listing above 70. This is the third site record of the species. 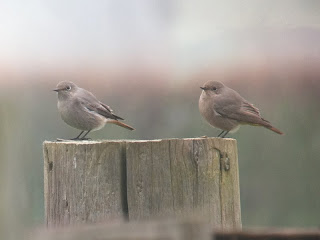 The next ten will be gettable but only with a lot of effort (which I fully intend to put in). I fancy that at least some of the following will be involved in my hundred, along with a few surprises: Mediterranean Gull, Yellow-legged Gull, Whimbrel, Curlew, Reed Bunting, Merlin, Short-eared Owl, Ring Ouzel, Wood Warbler and Pied Flycatcher. 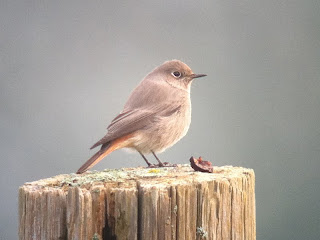 Also, some sort of rally was going on by Legal & General: 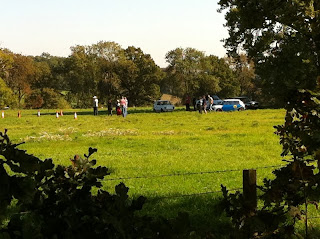