After having a recent Essex dip rate of 100% it was nice to get two lifers today in the form of the last two regular American peeps that I needed. Phil could not believe his misfortune however when I rang him up telling him I had a day off college today and asking whether he'd like to head up to Essex; he had been planning to go up there himself and overtake me on my British list! 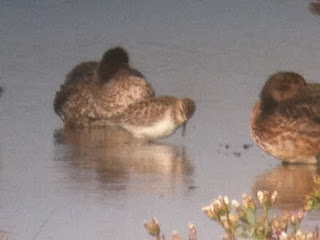 Baird's Sandpiper
Leaving at 6.50am we arrived at Holland Haven Country Park at about 9.45am. Upon entering the hide we were told that our quarry had just walked out of view. It took about an hour to get a conclusive view of the BAIRD'S SANDPIPER, after having inconclusive views only of its head for a long time. The bird was quite distinctive, being quite buff overall and having a very noticeable scaly pattern on the mantle and a long wing projection as well as quite a different profile to other calidrids. A Garganey, a Mediterranean Gull and a couple of Cetti's Warblers and Yellow Wagtails were also noted. Happy, we left for our next target. 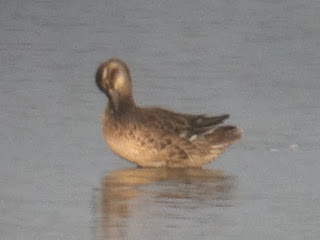 Garganey
After making a second attempt at asking for an RFI, RBA finally obliged and the news on our next bird was positive. In high spirits, he headed to Abberton Reservoir, one of my favourite birding sites. After checking in at the visitor centre we made our way to the Roy King hide where six or seven Little Stints were on view, one of which turned out to be the SEMIPALMATED SANDPIPER, being noticeably stockier and greyer than the other birds and lacking any braces or rufous tones. Two new peeps in one day in one county, excellent! Also my third yank wader at Abberton in three visits!

Below are three awful phone-scoped images of the Semi-p Sand, the latter two show contrast with Little Stint best (Semi-p is far left and Little Stint is far right on both): 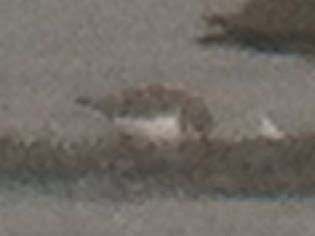 A good day, thanks to Phil (and my school/college) for allowing me to spoil your own gripping opportunity!