Well that took longer than I expected . . . 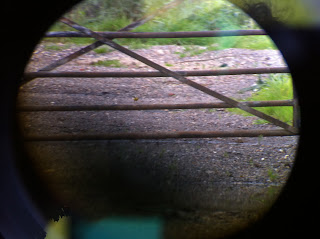 awful shot I know (can only use my phone as my camera got wet and broke), see if you can spot it
Perhaps not the same as a twenty nine year stake out for a Treecreeper but today I finally connected with my first Canons Farm Grey Wagtail. This follows a lot of running about and dipping following reports from two other local birders of this individual over the last week or two. Amazingly, after a lot of asking around before this bird turned up, nobody has ever had a sniff of a Grey Wagtail at Canons Farm & Banstead Woods, making this the first record for the patch. I've seen them flying over other places locally several times but you just don't get them at CFBW, it was nice to finally catch up with this surprisingly tricky bird and to have to follow up something that somebody else has found at my patch for a change!

This is my 89th bird for the patch

and here's a Common Buzzard at Canons from yesterday . . . 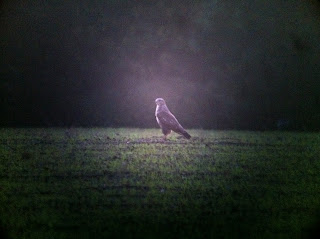