Yesterday I teamed up with Liam Langley and Dan and Michael Booker for a trip to the Isle of Wight. I didn't need the target bird, Wilson's Phalarope, just being keen to see one as smart as the IoW bird. The lack of pressure was refreshing! The first decent bird was a Little Tern picked up by Liam from the ferry on the way over. We didn't take the car as the bird was close to the port and we didn't have time to look for the famous Glanville Fritillaries, as much as I'd have liked to have given them a go. From the port it was a short walk to the bird (although it was longer for me as I was delayed speaking to an old woman, lost the others and ended up walking the wrong way - why's it always me?). The WILSON'S PHALAROPE was no problem at all, offering good scope views on a small reed-fringed pool - a pleasure to watch and surely a contender for the smartest wader I've ever seen. Other than Black-tailed Godwits, Little Egrets and a calling Med Gull there was little else around and, once satisfied, we boarded the return vessel and headed to the New Forest, via a Maccy D's. The New Forest was disappointingly quiet, despite the fact that we were visiting late in the day and not for particularly long. I didn't see a single raptor and two Crossbills, two Woodlarks, a female Common Redstart and two juvenile Stonechats were the only noteworthy birds. 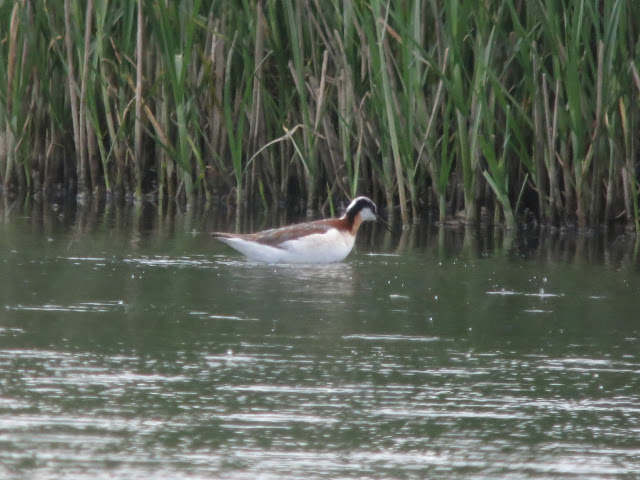 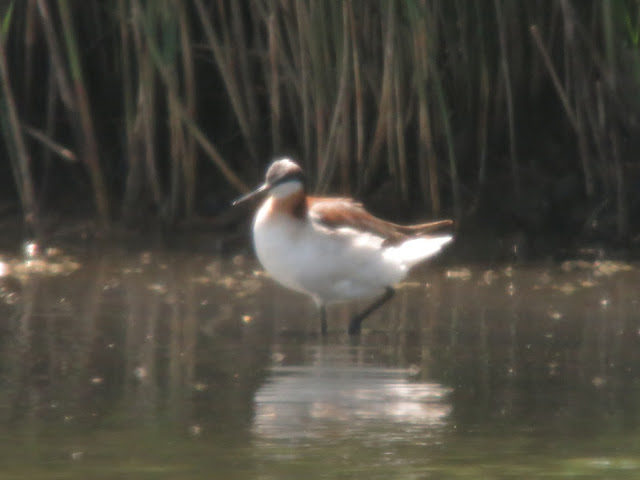